The Grammy-winning diva, who now records as a collective, dishes on new music and more. 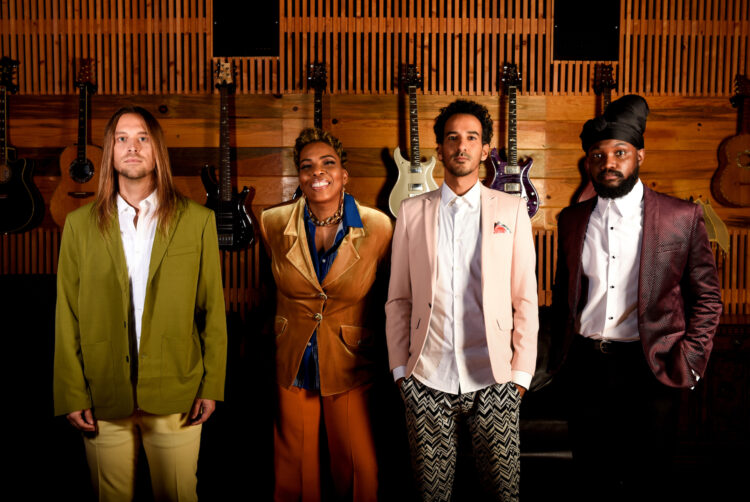 Forming a supergroup doesn’t seem to be hard to do. You find the right collaborators, decide on a moniker, the type of music and audience you aim to attract, and you give it a shot.

Macy Gray, who established a fruitful and lasting career some 20 years ago, did just that this spring, joining familiar faces to record as Macy Gray and The California Jet Club.

“To me, ‘Thinking of You’ is about holding your loved ones close,” Gray exclusively told Rated R&B in April.

Their recent offering, “Undone,” arrived in July. It combines a sophisticated mix of smoky, melodramatic vocals built around lyrics of romantic desertion, and an enchanting yet melancholy choice of instruments. In August, the band shared the accompanying music video featuring a sultry and liberated Frankie Grande as the lead and lone character.

In our interview with Macy Gray, she talks about casting Frankie Grande for the “Undone” video, her decision to record with a band, and why she struck gold with her pianist Billy Wes. She also reflects on the 20th anniversary of The ID and more.

You collaborated with Frankie Grande for the “Undone” video. How did you decide on the video concept along with the casting choice?

I’d been following Frankie on Instagram for some time. During the lockdown, he was doing these super odd posts where he would put on makeup and sing songs in his bathroom topless. It reminded me of how I used to play dress-up and pretend I was Diana Ross in the bathroom when I was little.

My single “Undone” is just that. You’re unfinished and unraveled. Unfake and uncontrived, but what if you’re undone when you’re done. What if you stunting, is actually the mess of you? Like, you get dressed up and made up because you can’t seem to put anything else together? So when I got the idea, I thought about Frankie’s posts because he was dressing up and singing songs in his bathroom right when the whole world was falling apart. I reached out to him and said yes, and then he killed it. The music video is way beyond how I saw it.

There’s been a splurge in established artists forming and recording as a group of all kinds. You recently did the same, banding together with musicians to become Macy Gray and The California Jet Club. Did it get uninteresting or unexciting making music as Macy Gray?

That’ll never happen. I tour with the greatest band in the world. We decided to try to make a record together. It was a challenge to me to make a record that wasn’t just me. It forced me to think differently. I was ready for that, but I will always make music as Macy Gray. That’s my name.

Was it difficult adjusting to this new style of recording, exclusively with a set band?

We know each other and have toured together for a long time. We would all get plugged in at the studio and then just write and play for hours. Then keep the ideas we liked and craft those into whole, complete songs. For me, that’s the best way to make records and is what I’m used to, so really, that part was the easiest.

Alex Kyhn and Tamir Barzilay were collaborators on your 2018 album Rudy, which was among our list of best albums that year. Billy Wes, who’s the band’s keyboardist, is a fresh addition to your music circle. How did you connect with him?

Billy has been with me, touring, for about seven years. He’s one of the most skilled piano players I’ve ever seen, and he has this insane gift for melody, and he’s a perfectionist. Getting him in your crew is kind of like hitting the lottery. When we were making Ruby, he lived in Chicago, and when he moved to LA, he lived way out there, so it was a geographical thing, really.

A few years ago, my last keyboardist took another tour, and we were looking everywhere for somebody, and my bass player at the time said, ‘I know this kid. He’s only 25, and he’s in town.’ I walked into rehearsal the next day, and they were in the middle of a song. Billy was playing a Rhodes [piano], I think. He never looked up at me. He just played. I sat down and watched for about three minutes. He finished the song, and I asked him if he could do the tour, and he said yeah. Still didn’t look up, and I said cool, and that was it. It was an energy thing, like, I didn’t have to think about it.

Is releasing an album as a collective a one-and-done thing, or do you see longevity in it?

The album came out super remarkable, so yes, we’ll make another one.

You’ve collaborated with a range of artists throughout your career. One of my favorites is Chicago’s “Cell Block Tango (He Had It Comin’)” with Queen Latifah and Lil’ Kim. Talk about that recording experience and joining forces with two women in hip-hop.

That was cool, but we all recorded separate. It wasn’t this great meeting in the studio like it sounds on the record. But I was flattered to be asked to do it. That was a big deal.

Your sophomore album The ID turned 20 last month. Can you share one memory that comes to mind from that era?

My label told me I could do whatever I wanted, and we did—no limit, no hold-ups, [and] no judgment. But looking back, it would’ve been nice to have someone telling me which direction to go because we didn’t know, so we just had a ball making it. In the UK, it’s legendary. Here [in the U.S.] it did OK.

What do you hope listeners take from this upcoming album?

We wanted to put a smile on people’s faces and make them dance and cry. The best records make you feel something. 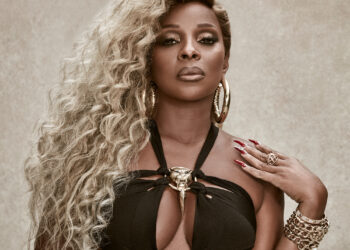