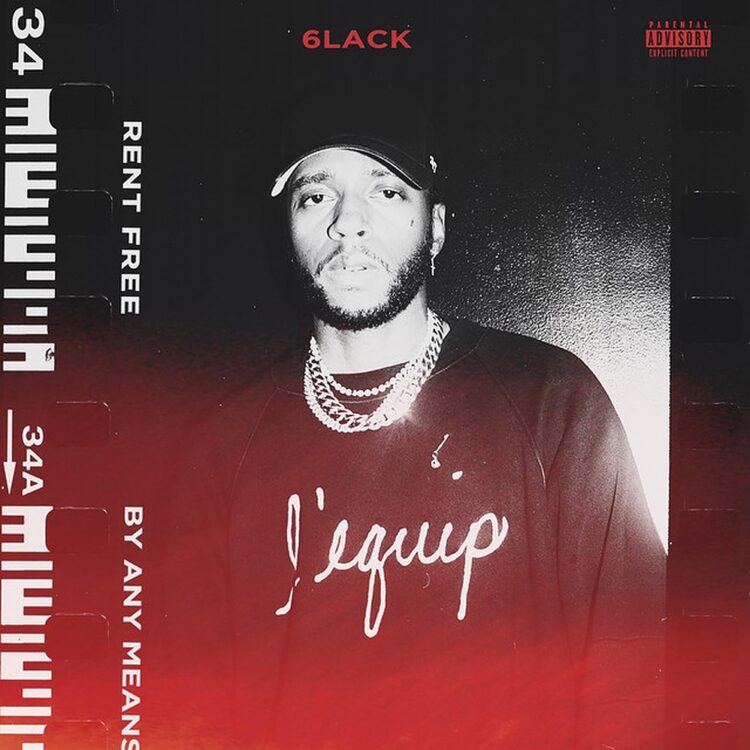 6LACK has released a pair of singles to hold fans over.

On “Rent Free,” co-written by Leon Thomas, 6LACK walks on thin ice to console a distant partner who went away following a romantic mishap.

He assures her that she remained a constant in his cranial of regretful thoughts, asking her, “can we go back to like it was?” on the bridge.

“By Any Means,” a talk-rap song produced by Fwdslxsh and Kill September, is a rise-and-grind anthem where he flexes about attaining platinum plaques amid his music silence. He also boasts about what it took to make his dreams to fame come true.

“​​I had to start from the bottom / Full throttle to top by any means / I had to let ’em go first, ’cause I know I’m the king,” 6LACK declares on the outro.

Listen to “Rent Free” and “By Any Means” by 6LACK below.