by Antwane Folk
in News, Videos 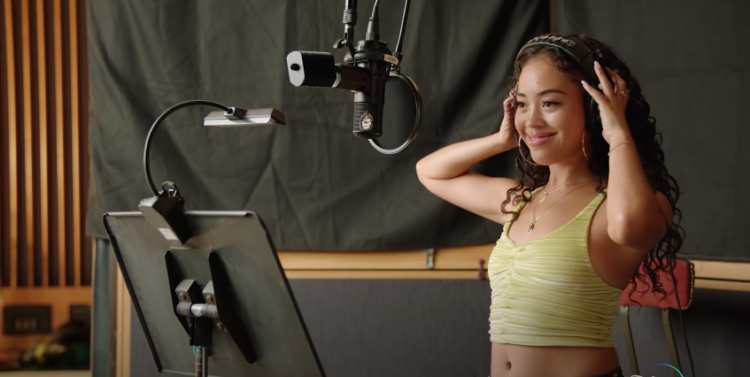 Joyce Wrice has filled some big shoes recently. The rising California native has been chosen as the voice of The Proud Family: Louder and Prouder theme song.

It’s a remake of The Proud Family’s timeless main title song performed by Destiny’s Child and Solange. It was written and composed by the acclaimed Kurt Farquhar, who is onboard again for the redo.

“The theme song is very similar to the original. The production, the beat, is different. Just want to put a little of my own twist to it and pay my dues and respect,” said Wrice in the music featurette released.

Discussing Wrice and updating the theme song, Farquhar said, “She’s absolutely amazing. It has a more today edge to it. It’s fun. It’s funky. It’s nostalgic. I think the people will be very, very touched by it.”

The Proud Family: Louder and Prouder, the reboot of the popular animated series, will debut on Disney+ on Feb. 23. Kyla Pratt, Tommy Davidson, Paula Jai Parker, and more return to revive their original roles.

In music news, Wrice’s Overgrown debut finished last year as one of Rated R&B’s 30 Best R&B Albums of 2021, highlighted for its “astonishing yet lean and confident vocals, relatable lyrics, and strong production choices.”

Upon the release of Overgrown, Wrice was named one of our Front + Center acts. In an interview with Rated R&B’s Danielle Brissett, she talked about working on the LP with D’Mile, who executive produced it.

Wrice said, “When I looked D’Mile up, I was so shocked that he worked with so many artists that I loved. I was like, ‘Oh my God, this is a dream come true!’ So when we first started making songs together, we had to really get our flow going. In the beginning, I wasn’t really making what I liked, but I had to just trust the process.”

She added, “The first strong song we made was ‘On One,’ and when we made that, that set the tone of how I wanted my album to be; I wanted it to be energetic. I wanted to have a lot of bounce, and I really wanted to challenge myself to make more uptempo records.”

Kyle Dion is back. The Los Angeles-based artist has shared his new song "Spoon & Bang," produced by Soran Atole...