Kem Goes for Peace and Tranquility in ‘Stuck on You’ Video

The visual arrives as the single moves nicely up the R&B charts.

Kem continues to check all the right boxes to ensure his return is triumphant, releasing the video for his new single “Stuck On You.”

Directed by Gerald Plaid Isaac, the serene visual exploits the beautiful outdoors of an oceanfront estate.

The R&B virtuoso, dressed in attire suited for the breezy weather, lets out most of his performance at this location, adding shots of him cruising a country road in a shiny red classic car.

His destination is likely in the arms of his absent partner, who he can’t seem to get off his mind, day or night.

A calm video like this will make you want to call up your baby and book a trip to a villa so you can lay up together.

“Stuck On You,” released earlier this month, debuted at No. 18 on the Billboard Adult R&B Airplay chart last week. It reached No. 14 in week two, as reported in the tracking week of Feb. 19.

The new song is Kem’s first release of 2022 and the first taste of his next project, which is the follow-up to 2020’s Love Always Wins.

That album featured the hit singles “Lie To Me” and “Live Out Your Love” with living legend Toni Braxton. Both tracks topped R&B charts.

Love Always Wins will get a new dose of promotion when Kem hits the road alongside Babyface for The Full Circle Tour. With Sherri Shepherd as the tour host, she’ll bring comedic relief while the two crooners belt out the love tunes.

The Full Circle Tour kicks off on March 30.

Watch Kem’s “Stuck On You” video below. 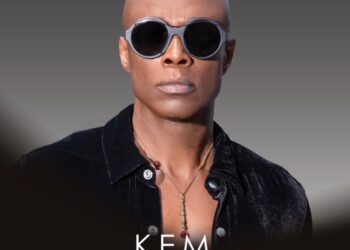 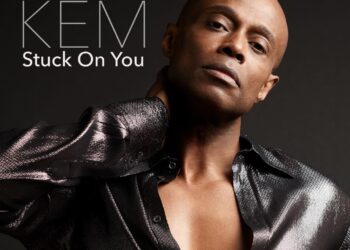