Chris Brown and Wizkid Release ‘Call Me Every Day’ Video

It was directed by Child. 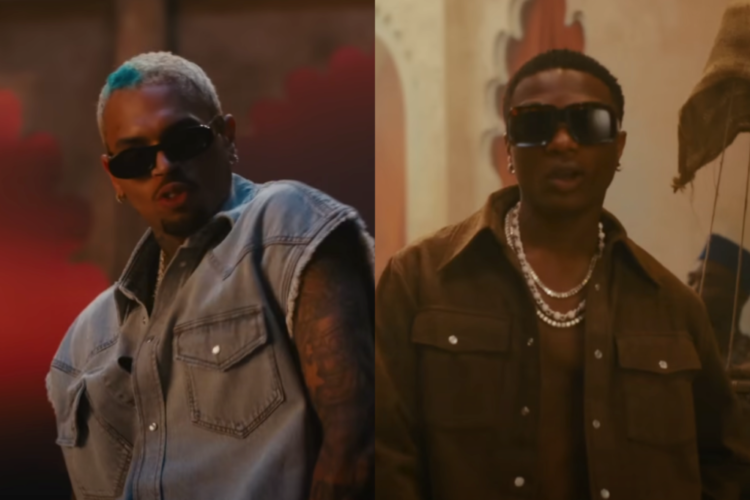 Chris Brown has unveiled the official video for his Wizkid-assisted track “Call Me Every Day,” which was filmed in London.

Directed by Child (H.E.R., Lucky Daye, Doja Cat), the video finds a woman relaxing in her bathtub. As she closes her eyes, she is transported to Brown and Wizkid’s location. The vibrant video shows Brown and his dancers performing slick choreography. Wizkid plays it cool as he recites his verse surrounded by women. The two appear on a circular stage together as they vibe out to the feel-good bop.

“@chrisbrownofficial I loved you since I was 13,” Child wrote in an Instagram caption. “Back when I thought I was straight. Watching you perform was magical. Watching you give your best every take was inspiring. Thank you and @wizkidayo for letting me paint this. Thank you both for the trust. Truly!”

“Call Me Every Day” appears on Brown’s tenth album, Breezy, which dropped in June via Chris Brown Entertainment/RCA Records. The song, co-produced by DJ Tunez, Blaise Beatz and Leon Youngblood, debuted at No. 76 on the Billboard Hot 100.

As for Breezy, it at No. 4 on the Billboard 200 chart, securing Brown his ninth top 5 entry on this chart. In early July, Brown released Breezy (Deluxe), which includes nine extra tracks.

Brown recently wrapped up his One of Them Ones Tour with rapper Lil Baby. The two performed in 27 cities across North America.