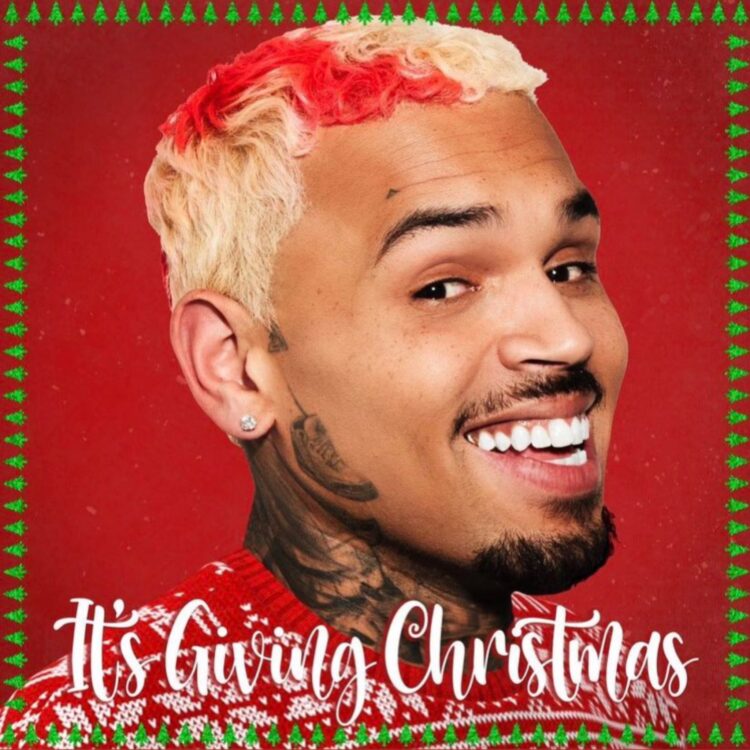 On “It’s Giving Christmas,” Brown is “countin’ down the days” until he’s able to spend quality time with his lover.

“No Time Like Christmas” sets the mood for another type of gift exchange — one that happens between the sheets. “Open up, take it out / Anywhere you want, I’ll take you down / Know you wanna be classy / But, girl, it’s me, we ain’t gotta wait around,” Brown sings.

Both renditions appeared on the soundtrack for the holiday comedy, This Christmas, in which he starred alongside Loretta Devine, Delroy Lindo, Idris Elba and Regina King.

In October 2021, “This Christmas” was certified platinum by the Recording Industry Association of America (RIAA) for selling one million equivalent units. The official video has 70 million views on YouTube and the song has 54 million streams on Spotify alone.

Brown’s two-pack release comes just days after earning a nomination at the 65th Grammy Awards for his tenth album, Breezy; it is up for Best R&B Album.

Released June 24, Breezy debuted at No. 4 on the Billboard 200, tallying Brown’s ninth top 5 entry on the chart. A week after its release, Brown followed up with Breezy (Deluxe).

Aside from Breezy, Brown has seen significant streaming activity from his 2019 track “Under the Influence.” The song, which originally appeared on his Indigo (Extended) album, debuted on the Hot 100 chart during the week of Sept. 24, 2022, at No. 36. Since then, it peaked at No. 21. At the time of publication, “Under the Influence” is No. 32.

Last month, Brown released an official video for “Under the Influence” directed by Child.