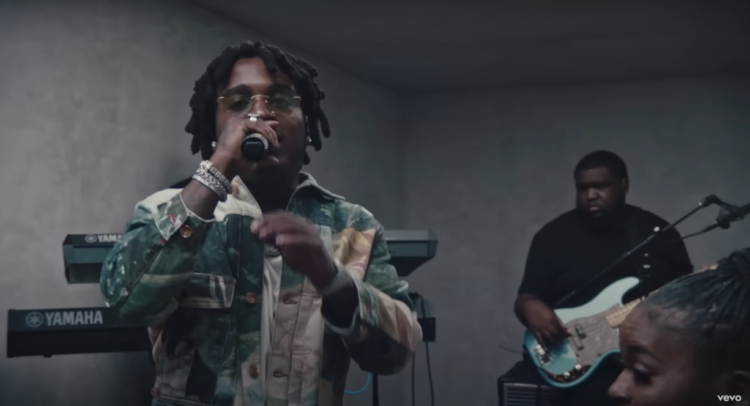 Jacquees was the latest musical guest to play at Vevo Studios in Brooklyn, New York. The R&B singer performed “Say Yea,” a track from his upcoming third album, Sincerely For You.

Dressed in a bleached denim trucker jacket, Jacquees performed the pillowy slow jam with a full band and background vocalists.

Issued May 20, “Say Yea” marked Jacquees’ first release of the year. It was the follow-up to his 2021 single “Not Jus Anybody” featuring Future, which will not appear on Sincerely For You.

“I feel like the ladies of R&B gotta lot to say right now so as one of the fellas in R&B, I felt we had to say sum to let em know,” Jacquees told Rated R&B of the bedroom banger.

“Say Yea” peaked at No. 24 on the Billboard Hot R&B Songs chart and No. 27 on its Mainstream R&B/Hip-Hop Airplay chart.

Produced by XL Eagle, “Say Yea” has garnered more than five million streams on Spotify. It ranks among his most popular songs on the platform.

Additionally, the official music video has more than 2.5 million views on YouTube. It arrived at the same time as the song’s audio.

As said earlier, Jacquees is gearing up for the release of his next studio album Sincerely For You, out Dec. 16 via Cash Money Records. Rap giant Future serves as the album’s executive producer.

Among the 17 tracks are “Still That” and “Tipsy,” both unveiled at the time of the album announcement. Summer Walker, 6LACK, Future, Dreezy and many more will make guest appearances.

“It’s a new chapter, for sure,” Jacquees affirmed. “I’m rebranding by getting back to how I started. I’m having fun again. Of course, it’s still a job, but I’m having a really good time. I took a break from everything for a minute and I’m stepping out now.”

Sincerely For You, previously titled P.T.O.F: Vol. 1, is the follow-up to Jacquees’ 2019 sophomore album King of R&B. Since then, his latest music collection was 2021’s QueMix 4, released in celebration of his 27th birthday. 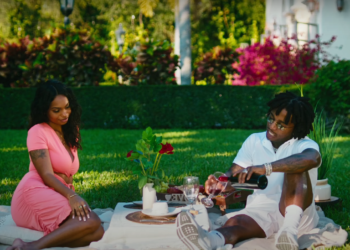 Jacquees makes his fourth appearance on Billboard's Top R&B Albums chart as Sincerely For You opens at No. 20 this...