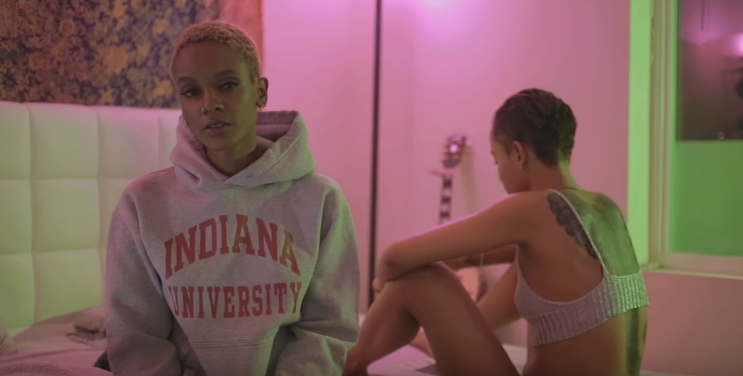 Tiara Thomas is hella moody in the video for “I Need.”

In the Ken Irish-directed video, the singer-songwriter is found moping around in her bedroom (with her female bae) singing about the things she needs. She tries to find comfort in surfing on her laptop and smoking a blunt but it doesn’t seem to work.

Thomas released her latest EP FWMM earlier this spring. Her goal is to release one more before her debut album. I really want to get the best of out an album,” she said to Rated R&B.

“I feel the only way to do that, I have to almost build my fan base back up. I don’t want to hurry and drop an album when I don’t feel like it could be at its full potential. I’d rather keep building up my base, keep bringing awareness to the Tiara Thomas brand. I’m going to put out one more EP and hopefully an album after that.”