Ella Mai takes her second “Trip” to number one on urban radio. The British singer’s most recent DJ Mustard-helmed single has reached the top spot today after dethroning “Nonstop” by Drake.

Since its August debut, the ride-along track has rounded up 5,147 radio spins. Mai’s previous chart-topping hit “Boo’d Up” commanded the summit with 5,356 radio spins back in June.

In other news, the emerging star’s self-titled debut album debuted at No. 5 on the Billboard 200 this week. The project sold 69,000 in its first week sales, with 17,000 copies moved as traditional units.

Mai patted herself on the back for her sales achievement. “17k in pure sales in this new streaming era for a debut album by a new artist is WILD! I can’t thank you enough,” she tweeted.

17k in pure sales in this new streaming era for a debut album by a new artist is WILD! i can’t thank you enough ❤️

To generate more buzz for her first album and her growing career, Mai will hit the road for a world tour. Dubbed The Debut Tour, Mai will kick off the international trek overseas in January. She will return to the states in February to perform in major U.S. cities including Seattle, Las Vegas, Chicago, Boston, Atlanta and many more.

Tickets for The Debut Tour go on sale this Friday at 10 a.m. EST. Get yours at ellamai.com. 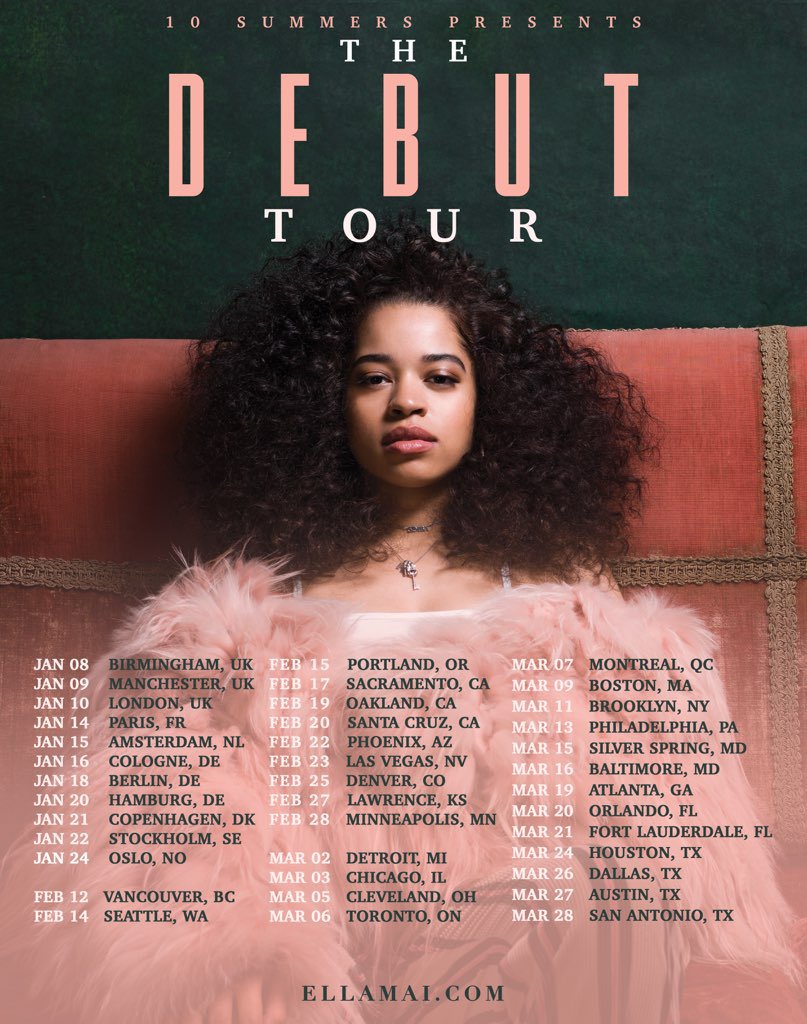