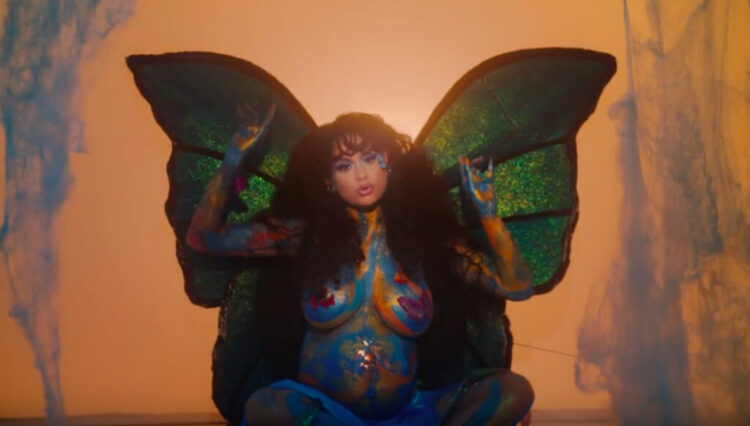 On the heels of her claiming her second top 10 debut with While We Wait on the Billboard 200 this week, Kehlani has shared a sickening visual for “Butterfly.”

The flower child of R&B, who is one proud mother-to-be, is nearing her complete metamorphosis in the visual.

Covered in vibrant body paint, Kehlani radiates as a pupa, better known as a transition stage, while two Afrocentric gents perform various interruptive body gestures. Their dances moves could be what aids the bloom of the beautiful butterfly.

On the eve of her While We Wait release date, Kehlani premiered a wintertime visual for “Nunya” featuring Dom Kennedy.

As mentioned earlier, Kehlani’s latest mixtape debuted at No. 9 on the Billboard 200 after selling 34,000 copies in streams and traditional album sales during its first week. While We Wait also debuted at No. 1 the R&B Albums chart. The project follows the first-week peak of her album SweetSexySavage, which was released in 2017.