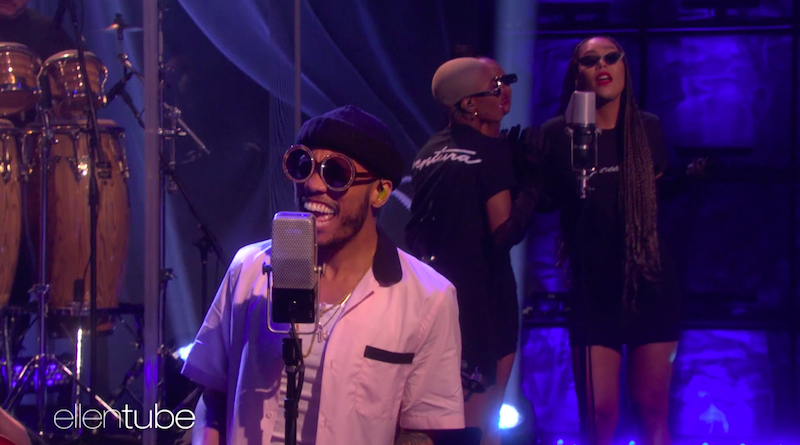 If it’s one thing Anderson .Paak knows how to do, it’s how to put on an amazing performance. The recent Grammy winner appeared on Ellen on Monday to perform his newest single “Make It Better” featuring Smokey Robinson.

With his duet partner nowhere in sight, the Cali musician’s live band The Free Nationals had his back as he effortlessly crooned on the mic in an open pink and black bowling shirt and red tartan pants with a pair of large sparkly sunglasses to set it off.

In April, .Paak released his star-studded fourth album Ventura. He will take music from his recent release and 2018’s Oxnard on the road for the Best Teef in the Game Tour. The run of shows kicks off on May 17 in Nashville and ends on June 29 in Los Angeles.

If you don’t catch him on tour, he’ll also return to the festival circuit on July 13 at Forecastle Festival. In August, he will play the Outside Lands Festival in San Francisco and the Made in America Festival on Labor Day weekend in Philadelphia.