Exclusive: Trevor Jackson Plans to Explore Effects of Breakup on Next Project

When Trevor Jackson dropped his Rough Drafts album last year, his intent was to shine a light on his imperfections. The sequel — Rough Drafts, Pt. 2 — is a continuation of this concept except Jackson takes a deeper dive.

“I think I was a little more real with my fans than I’ve ever been before,” Jackson reveals to Rated R&B. “I was more open.”

If you were to scroll through Jackson’s Instagram feed — which has over 1.5 million followers — you may find everything from photos of him looking super fly on high profile red carpets to footage of his sold-out tour stops. He may seem to be “living the life” but he still goes through trials and tribulations like everyone else.

“I feel like a lot of people have seen my life from the outside looking in and it kind of looks amazing — like, there’s not really any issues — but I feel like we all go through struggles and issues,” he continues.

The album’s opening track “SPAM in a Can” is highly personal. The DJMoney-produced banger finds him grappling with being a public figure. He is unsure if certain people genuinely care about him as a person or if they’re only around because of his social status.

“People that I used to know don’t really call me / But they call me they bestie,” he says in the intro. Though he is known for singing, Jackson expressed himself by rapping on the song because he had a lot to get off his chest.

“I think I decided to rap because I feel like when you start singing it can kind of muffle everything out,” he says. “I had so much I wanted to fit in that song that I couldn’t fit it in when singing.”

In our interview with Jackson, he shares more details about his Rough Drafts series, his inspiration for creating compelling visuals for his music, how he balances his career with his personal life and more.

You did a little more rapping on this project compared to the last. Is that something you’re trying to showcase more as a versatile artist?

Yeah. I want to be able to do everything. I don’t ever want to be held in a box. But, I’m not going to be out here trying to battle rap anybody [laughs]. I’m just trying to tell my story.

The video for “In My Crocs” was kind of unexpected. What inspired that creative direction?

Well, the incredible co-director Embryo…I had seen his work prior to that. But, also the song is so ratchet in a way that I wanted to do something that was different because the typical video would be me in front of some cars with a bunch of people turning up. I wanted a different vibe. I wanted to make sure it made people think and wonder.

That’s a good point. It makes the viewing experience more pleasant because it wasn’t expected.

Yeah — and you know this from the last time I was talking, I was signed when I was younger. If I did a song like that they would be like, “He needs a flashy car, leather jacket and maybe crocs on a chain.”

Rough Drafts 3 is done but I may call it Revisions or ZMD — two name options that I’m working on. Or, I might name that the next project and then have Rough Drafts 3. It’s all about a breakup. I feel like when you’re young, people kind of underplay the effect that a breakup can have on you. I think that it’s like trauma, you know? It’s hard for men to access that part of themselves — the sensitive part and admitting that they’re in pain. I think this album gives a good inside look at how a lot of men feel when they go through breakups.

Sometimes you need to take a little break and then go back to it with a fresh brain.

You tweeted a little while ago, “Sometimes you need to take a little break and go back to a fresh brain.” When was your last break and what do you do to maintain some sort of balance when you have a hectic schedule?

I can’t say I’ve had a real break but I can say I surf often, so that gives me six or seven hours of bliss and kind of just changing the scenery. I feel like when we’re always so caught up in something it’s hard to see it from the outside looking in. Surfing kind of washes everything away and gives me a clean slate. So I try to do that often.

How long have you been surfing?

It’s the best feeling in the world. I started when I was 11. I took an eight-year break and just picked it up like two years ago. I love it. 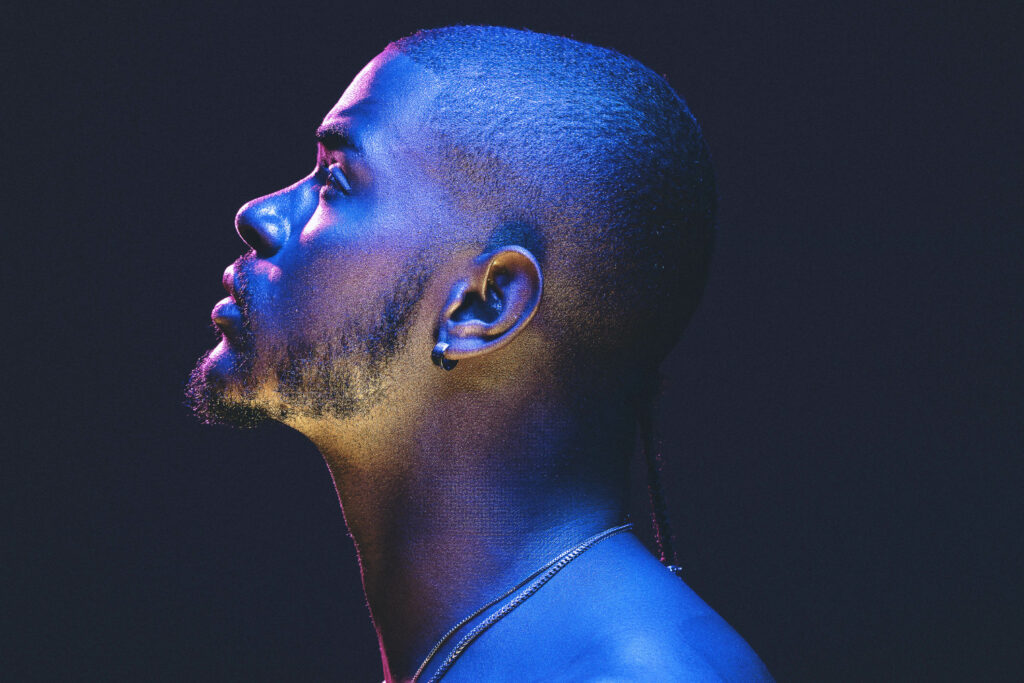 You went on a mini-tour earlier this year. Are there any plans on expanding it?

Yes! The tour came out so well — my fans really came out and showed out — sold out three cities. The two cities almost sold out. They knew all the words. The album had just come out. It’s pretty mind-blowing.

Your grown-ish co-star Halle Bailey will be playing Ariel in Disney’s remake of The Little Mermaid. What was your initial reaction when you heard the news?

I love it. She’s so talented and her voice is perfect for that. I’m really excited to see her acting more. She’s blossomed so much as an actress so I can’t wait to see what she does with this. She deserves it. She works hard. She’s a sweetheart, which is hard to find in this industry — people who are genuinely good.

Since we are on the topic of acting, do you have any upcoming roles we should know about?

Well, I’m producing two films that should start going at the end of the year or the top of the year. Filming season 3 of grown-ish. I’m working on more videos for the album. I’m directing the videos for “Tell You the Truth,” “When She’s Around” and “Tell Me” featuring Lil Yachty.