Are you ready to party? Steve Lacy has announced his first headlining world tour to support his debut album, Apollo XXI.

Starting off in Chicago on September 26, Lacy will tour across the nation until October 30 where he will wrap up at The Wiltern in Los Angeles.

On November 12, the low-key singer and guitarist will relaunch the trek at Pumpehuset in Copenhagen, Denmark, before the final curtain call at the Forum on November 22 in London. Tickets for the tour are available on his official website.

In other news, Lacy has just landed the cover of GQ Style’s fall 2019 issue. Apart from showing off his killer style in various fashions throughout the spread, Lacy discusses his debut album, missing the simple things about life, and much more. 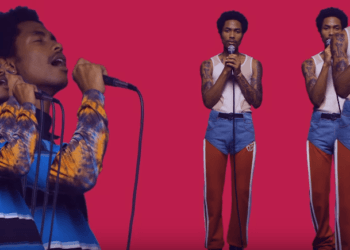