It is slated to arrive this summer. 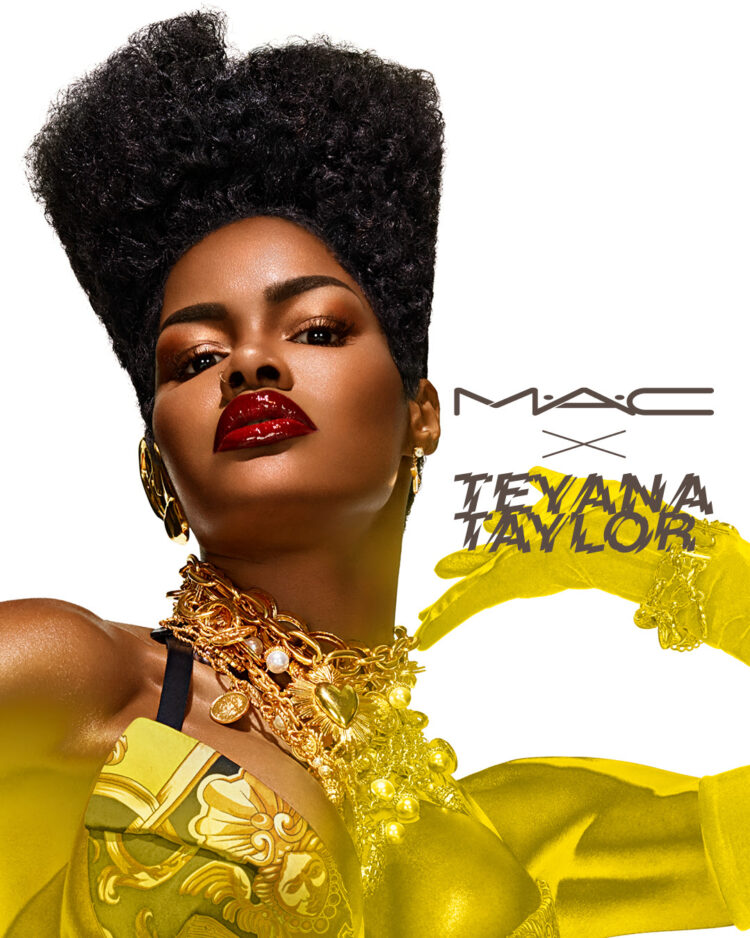 What can’t Teyana Taylor do? The 29-year-old entertainer, who constantly is expanding her resumé, has announced a limited-edition makeup line with MAC Cosmetics.

From selecting the products and packaging to finalizing product names and planning the photo shoot, Taylor was heavily involved with the creative process.

“I was inspired by the 90s and the heart & soul of Harlem and wanted to show that through the shades and packaging,” Taylor explained in a press release.

She continued, “I’m very excited to be partnering with a company like MAC who I’ve watched collaborate with strong women of color over the years. I’ve been a fan of MAC ever since I was 15 years old and started experimenting with makeup, it was the first brand that made me like makeup. I’m so grateful and excited to be sharing this beautiful collection I created with the MAC team but also hoping to inspire other young women that anything and everything is possible.”

MAC Cosmetics’ Global Chief Marketing Officer and Senior Vice President Ukonwa Ojo added, “As a longtime friend of the brand, we’ve grown to know and love Teyana for having a style unlike anyone else. She’s fierce, bold and unapologetically herself, no matter what she’s wearing – all qualities we stand for at MAC, and are so excited to bring to life through this new collaboration.”

In other news, Taylor is gearing up to release her new project The ALBUM on Friday, June 19 via GOOD Music/Def Jam. It will include guest appearances from her husband IMAN, Erykah Badu, Missy Elliott, Kehlani, Ms. Lauryn Hill, Future, Big Sean and more.

The track list for @TEYANATAYLOR's THE ALBUM has been revealed. Which song are you most excited to hear? pic.twitter.com/oYwZiuUB1N