Trey Songz is not slowing down in 2020. The R&B heartthrob has returned with his third song of 2020 titled “Circles.”

Co-produced by Songz’s longtime collaborator Troy Taylor, Troy Oliver and A-Major, “Circles” outlines some challenges people may face in a relationship. “We going in circles / Keep going in circles / You know we just gon’ do this over and over,” Songz sings on the chorus.

Songz also has released the supporting video, which was directed by Mahaneela. Speaking on the inspiration behind the visual, Songz wrote on Instagram, “We centered it around Black love and some of [the] circles we go through in relationships.”

“Circles” comes after Songz’s politically-charged “2020 Riots: How Many Times” and the Summer Walker-assisted “Back Home.”

Songz is gearing up to release his highly awaited eighth studio album, Back Home, via Atlantic Records. His previous LP, Tremaine The Album, dropped in 2017.

Listen to “Circles” by Trey Songz below. Watch the official video above. 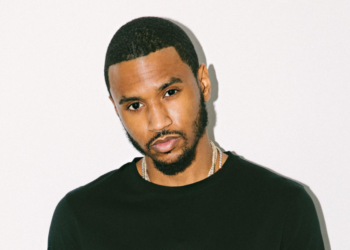