She also is working with Billy Ray Cyrus and Eric Paslay for the forthcoming project. 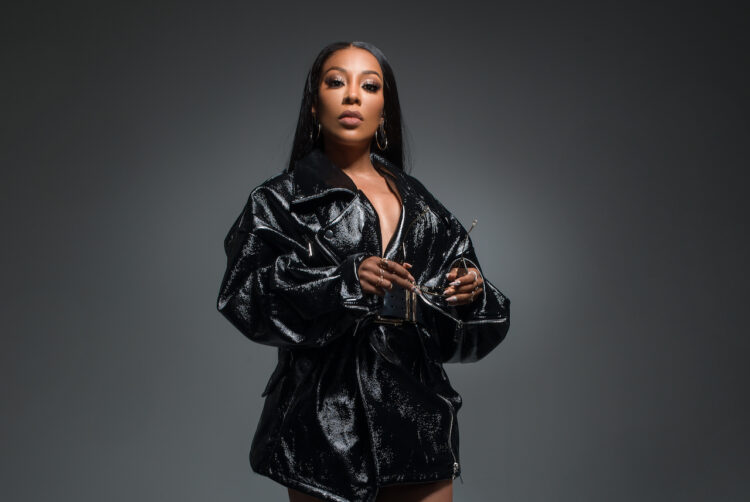 It has to make an artist feel special when one of their favorite songwriters or artists pens a song or two for a particular album. K. Michelle is waiting for someone to pinch her from what she believes is a dream, as country icon Dolly Parton has written a song for the Memphis native’s oft-delayed country album.

Michelle broke the exciting news in a post to her 1.6 million Twitter followers on Friday morning. She expressed great gratitude for the future Parton-helmed record, writing, “My lord I’m floored and honored. Can’t wait for you guys to hear it!!!!!!!”

Dreams do come true. Im losing my mind right now! I received a record that @dollyparton wrote for me! My lord i’m floored and honored. Can’t wait for you guys to hear it!!!!!!! pic.twitter.com/2Rel9nPiON

Parton, who K. Michelle revealed to Rated R&B that she wanted to collaborate with in the future, isn’t the only country great that the talented singer-songwriter has received music from in recent weeks. Billy Ray Cyrus and Eric Paslay are both on board for K’s impending country project, conducting virtual studio sessions with the two stars.

When your in a zoom call writing session with @ericpaslay who has written 75 country music #1’s. He’s the most humble cool dude! Thank you Eric! Buy his new album “Nice Guy”

“This is me just having to fight. There is no way you can plan this,” K. Michelle told Rated R&B about how she plans to break down color barriers in the country genre. “This is something you’re going to have to get in there and fight for. I’m going to do what it is that I need to do, which is make great music. That’s all I can do. I need my people to have my back instead of fighting against me all the time. I’m fin’ to take on a whole nother situation and I need my people.”

All Monsters Are Human was the last album released by K. Michelle. Featured on Rated R&B’s 16 best R&B albums of 2020 so far list, the independently-released LP included the hit single “The Rain,” as well as fan-favorite cuts “All the Lovers” and “Something New.”

Most recently, K. Michelle revealed plans to drop a EP as she puts finishing touches on the country album.