On the road to the 2021 Grammy Awards, Jhené Aiko makes an enchanting pitstop to contribute a new song called “Lead the Way” to Disney’s Raya and the Last Dragon. The movie hits theaters and Disney+ on March 5.

Having a unique connection with the film, particularly for her fire-breathing tattoo and being born the 1988 year of the dragon, she penned an optimistic end title song that embodies the magical spirit of preceding Disney songs. It inspires young children to dream big, lead with love, and believe in themselves at all times.

As previously mentioned, Aiko is headed to the 63rd Annual Grammy Awards on Sunday, March 14, with her sights on winning three awards: Album of the Year and Best Progressive R&B Album for Chilombo and Best R&B Performance for “Lighting & Thunder” with John Legend.

Earlier this year, Aiko collected her first platinum RIAA award for an album for Chilombo. The LP was named one of Rated R&B’s 30 best R&B albums of 2020. It included her urban radio number-one single “B.S.” featuring H.E.R.

Listen to Jhené Aiko’s new song “Lead the Way” below. 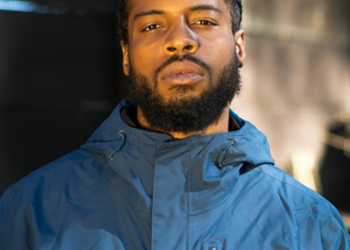 Noah Preston is moving up the ranks at Def Jam Recordings. The respected A&R, who signed Jhené Aiko to the...