Those familiar with Sinéad Harnett know that she never misses when it comes to new music. The British singer’s new song “Hard 4 Me 2 Love You” from her forthcoming sophomore album is a perfect example of her grandness.

The song, based around an affecting piano framework, hears Harnett’s voice awash in pain as she feels like her love interest has left her on bended knees, praying empty prayers.

Wronged and unsure of how to go on in this dying relationship, Harnett, throughout the song, points out the many ways she has tried to keep him satisfied. Still, she knows it’s too hard to hold a shadow.

“This was one of those songs I wasn’t ready to finish for quite some time,” Harnett said on the song’s inspiration. “I’d had an argument with someone in my family and the chorus just came out. But it was too painful to finish until years later when I played the chorus to M-Phazes.”

She added, “I think what I learned from the process was that love evolves and changes, but when it’s unconditional you just keep going until it feels good again.”

In addition to releasing the new song, Harnett rolls out a supporting video as well. Watch it above.

The British singer, also known as one of Rated R&B’s artists to watch in 2021, will release Ready Is Always Too Late on May 21 via Sony Music. The album follows 2019’s Lessons in Love.

The LP will include previously shared songs: “Last Love,” “Take Me Away,” featuring EARTHGANG, and “Stickin'” featuring Masego and VanJess.

Listen to “Hard 4 Me 2 Love You” by Sinéad Harnett below. 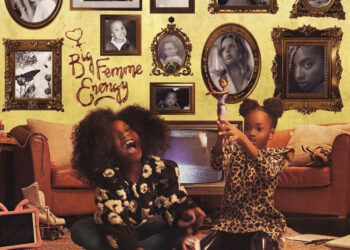 Sinéad Harnett is the latest artist to partner with Apple Music for their Home Session series, dedicated to talents of...