The Nashville native's new project "Twenties (Deluxe)" is out now via Warner Records. 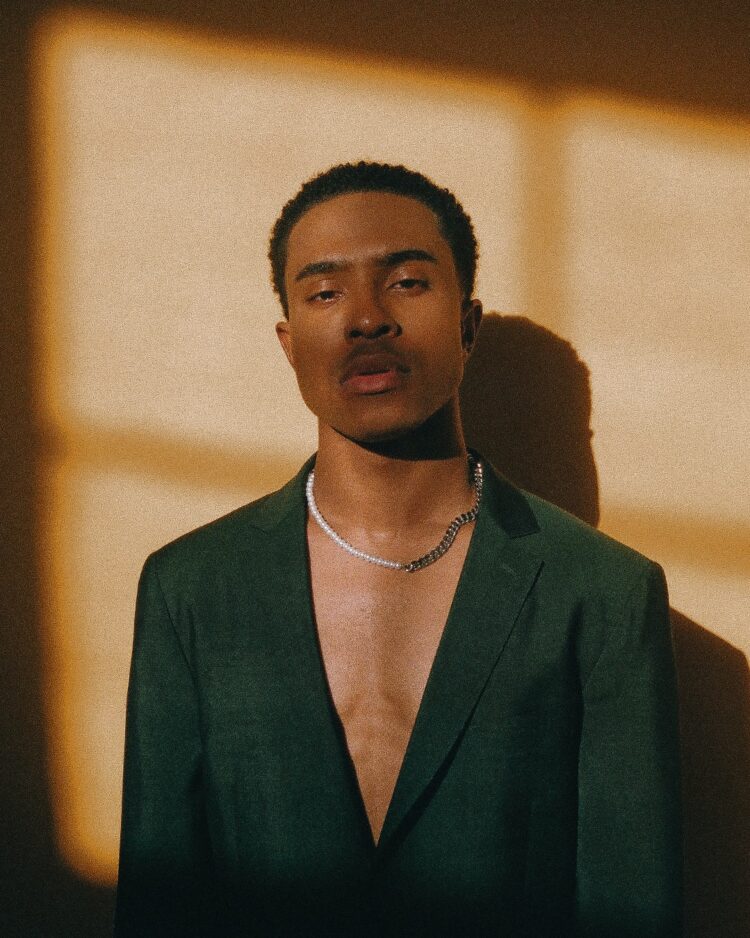 Bren Joy is a singer-songwriter signed to Warner Records — but that was never his original plan. Even though the Nashville native was a vocal performance major at Belmont University, becoming an artist was the last thing on his mind.

“I wanted to be a background vocalist and then eventually teach,” Joy, 24, tells Rated R&B over a Zoom call. He’s stationed in front of a wall that is decorated with a collection of vinyl records that includes Freddie Jackson’s Just Like the First Time and Don’t Let Love Slip Away, SZA’s Ctrl, Childish Gambino’s Awaken, My Love! and Beyonce’s Lemonade, to name a few.

Joy’s path to becoming an artist happened organically. In his freshman year, he started to study the anatomy of song structures by dissecting music from R&B and gospel acts like Freddie Jackson and Kirk Franklin. But he didn’t just limit himself to the two genres he grew up listening to.

He also explored music from rock bands like The Beach Boys. That is when he developed his passion for arrangement. “I wanted to be a [musical director] and work in artist development.”

While everyone’s collegiate experience is different, we can all agree that there is some form of self-discovery that happens during those years. By the time Joy was a junior, he started to become frustrated with music.

“I hit a really low point,” he says. “So, I talked to one of my professors. I was like, ‘I don’t like singing. I’m not having fun. It doesn’t mean anything to me — all these cover songs.’”

Joy’s professor offered him a solution. “‘He was like, ‘Why don’t you write your own stuff?’”

And that’s what Joy did. He wrote eight songs at his piano that would eventually make up his debut EP, Twenties, which dropped in 2019. Among the tracks was “Henny in the Hamptons,” which has become a fan-favorite with over 8.5 million streams on Spotify to date.

After Joy released Twenties, it started to take off like a rocket. Joy vividly remembers the sequence of events and how “the stars aligned.”

“I put [Twenties] out that Friday, May 17, 2019. By the next Wednesday, I got the cover of [Spotify’s] Fresh Finds playlist and I was freaking out. I didn’t expect it. From there, all of these people started bombarding me about getting a publishing deal and getting a record deal.”

With all the attention he was receiving, Joy kept a steady mind on how he would proceed. “I can’t do the sugarcoating,” he adds.

At the end of March, Joy released a deluxe edition of Twenties. The updated project features seven new songs, including the Pink Sweat$-assisted track “Insecure.”

On Twenties (Deluxe), Joy picks up where he left off on the original project. Here, Joy shares more pages from his diary, from wanting unconditional love (“Insecure”) to his anxiety about achieving success that changes who he is as a person (“Lil Rich”).

In our conversation with Joy, he dives into the creative process of Twenties (Deluxe), as well as the story behind select tracks on the project.

When you started working on the new songs we hear on the deluxe, did you take the same approach as you did when you originally recorded the project?

The whole process was completely different. I didn’t intend on doing a deluxe. The idea for a deluxe came in November of last year. I’ve been making so much music that I didn’t even think I could make, or I didn’t think I would make. The sound is all over. I would listen to Twenties and then listen to these [songs], and it just fit together. Like some of them just didn’t belong on my future projects. Everything was in a completely different space versus me at the piano. I think that’s what makes it kind of cool. It was me figuring out a way to make sure they all connect in a way, like making sure the process and the sounds and the lyricism and everything kind of connects.

You teamed with Pink Sweat$ on “Insecure.” How did you two connect and what inspired the track?

I met Pink Sweat$ a year and a half ago, I think in my manager’s office in Nas. Pink has this way of creating songs that people want to cover. He just makes it so that people can relate and put their spin on it. They’re so simple and so elegantly done. “Insecure” has a lot of those qualities. It was made in Las Vegas. I was at a writers’ camp at Warner Chappell. The last day after being hungover, we didn’t want to make it fast. You know, we were like, “Yo, I don’t want to make the uptempo thing because we were all dead.”

You sing about the fear of success on “Lil Rich.” What scares you about it?

The dream of every artist, I think, is to win the Grammys, have the cars and the money. But with that, I’m so terrified of being a shitty person. It is one of my worst fears. I don’t know why I confide in how people view me, but it’s just a flaw that I have that I’ve accepted. I think that was the whole essence of the song, which is that push and pull balance.

What does success look like for you right now?

Pushing the industry, pushing R&B and what I can represent in my communities — and making that mainstream. I think my art goes so far. My version of success is if someone can look at me and be like, “Wow, his music inspired this, or his music pushed pop culture in this way.” The glitz and glam is fine. I’d be lying if I was like, “Oh, I don’t want it.” Of course, I want that shit, but I want to deserve it. I don’t want to get it and not be able to deserve it.

“Multiply” is a standout on the project. It’s reminiscent of a ‘90s R&B song with the storytelling lyrics and textured vocal arrangements. How did it come about?

I was on a plane talking to this lady. This was before the pandemic. I was talking to her about life and we were having the deepest conversation. I don’t know why she was so open. I don’t know why I was so open with her. She had to be at least 75. Bless her heart. I was in a really kind of down place leaving LA. She was like, “You have to remember and trust that the second movie is better than the first.” I wrote the entire song right after that conversation on the plane.

What song on the project went through the most revisions?

“Fiji Fine,” for sure. I wrote it over two years ago. It was the first song I wrote after Twenties in 2019. I always have to revise and make sure that I keep it up to date, so I actually like the records I’m putting out.

Which song on the deluxe was the hardest to write?

“IDGAF.” It was the easiest to write but I don’t like putting myself in situations where I’m vulnerable. I’m a Capricorn (laughs). I like power and being in charge, so that definitely was a very hard song. “IDGAF” was definitely a weird moment in my life.

For your listeners, what do you hope they take away from Twenties (Deluxe)?

Your music blends a variety of genres with R&B being at the core. Do you consider yourself to be an R&B artist?

Oh, I have had so many closed-door conversations with my team about [that]. I don’t know. If you asked me a year or two ago, I’d say yes. If you ask me today, I would say I am an artist that is heavily inspired by art. Everything is going to have a sense of R&B. But I think that puts a hold on things that can be much bigger. 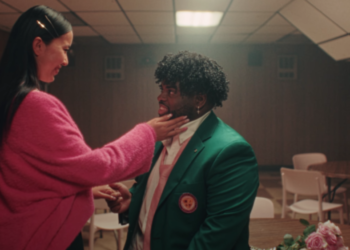 Before Pink Sweat$ starts his Pink Moon Tour later this week, he releases a music video for his latest track “Nothing... 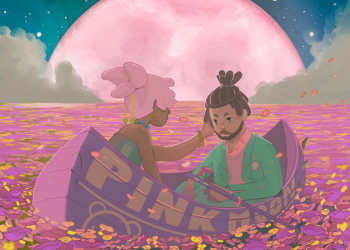 A new Pink Sweat$ project is on the way. The singer-songwriter has announced that he is dropping Pink Moon in early 2022....