5 Songs From Beyoncé’s ‘Lemonade’ Album That Deserve Another Squeeze 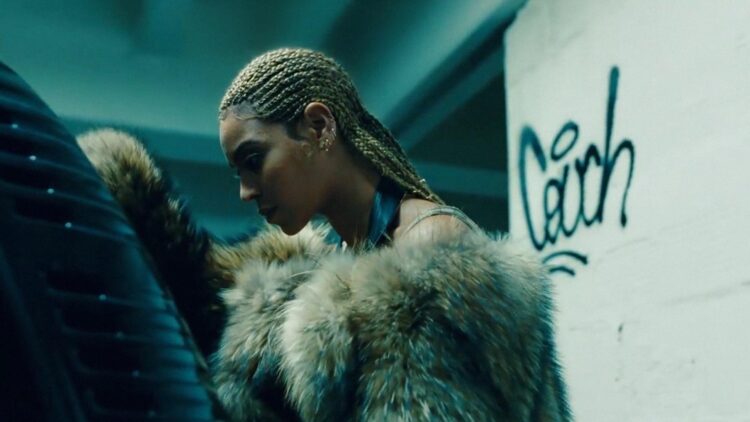 Beyoncé could teach a crisis management course. When the iconic diva walked into dozens of paparazzi cameras flashing outside the Standard Hotel after the 2014 Met Gala, she naturally smiled in a kind and familiar face. She was careful not to suggest that she was alarmed or rattled by anything at all, especially not from a now-famous elevator melee between her noble sister Solange and her rap mogul husband JAY-Z.

She built a long career of practicing self-control and keeping a calm face amid media scrutiny. After years of coming across as unearthly to most, she extracted more of the human part of herself in a tall glass pitcher and served it as Lemonade, her sixth proper album.

Beyoncé writes from a place of lyrical revenge on this deeply personal album, pulling plotline inspiration from past real-life events like the elevator chaos surrounding an alleged affair involving JAY-Z and a mistress a.k.a. “Becky with the good hair.”

Even though she inferred the anxiety of abandonment and cast herself in the starring role as a heartbroken woman on previous album cuts like “Broken-Hearted Girl” (I Am… Sasha Fierce) and “Ring The Alarm” (B’Day), she has never explored the depths of this female character on such a personal level until Lemonade.

Here, she embraces the wronged woman narrative and unlocks a bracing tone to speak her and other woman’s truth authentically. It’s an undertaking that even her father, Matthew Knowles, credited to the artistic brilliance of the entire album.

In an exclusive interview with Rated R&B in 2016, he said, “From a father’s perspective, I’m extremely proud of Beyoncé because she’s challenged herself to think totally outside the box. I can just see she’s completely vulnerable and connecting with her fans all over the world and giving hope.

She kind of takes us through this journey of sadness, anger and ends it with going through the steps of acceptance and forgiveness. I think it’s a beautiful piece of art. I’m so proud.”

To her, and probably many of her followers and spectators who heard Lemonade, JAY-Z got his comeuppance on many of the album tracks, specifically “Sorry,” the sonic offspring of “7/11,” from 2013’s self-titled.

“Let’s have a toast to the good life / Suicide before you see this tear fall down my eyes / Me and my baby, we gon’ be alright / We gon’ live a good life,” sings Bey as she weaves in and out of the eased up backdrop near the end of the song.

As much as Beyoncé’s Lemonade represents her renewed sense of superior womanhood, it also signaled a step forward in the political and social justice arena. The traces of this civil move was found in resilient visual for “Formation,” the album’s lead single and Red Lobster endorsement track.

Bey’s frequent director collaborator Melina Matsoukas said in a profile with The New Yorker the video was meant to show the different sides of Black people. “We triumph, we suffer, we’re drowning, we’re being beaten, we’re dancing, we’re eating, and we’re still here.”

Conservative white America, or those presumably seen as allies to white supremacy, saw otherwise, spewing out brazen attacks at the “Formation” video for its peaceful protest against the corrupt rein in aggressive policing administered to those in the Black community.

Still, Bey assembled at the Super Bowl 50 in Santa Clara, Calif., alongside halftime headliner Coldplay, and additional special guest Bruno Mars, to premiere the song to over 115.5 million viewers. And did she slay it? Absolutely. In May 2016, the protest song debuted at No. 10 on the Billboard Hot 100, making it the highest new entry of her career.

On the same day, Lemonade, released on April 23, exclusively on Tidal, following the opening night of the album’s corresponding hour-long film on HBO, represented the number-one album in the country. It compiled 653,000 equivalent album units, with 485,000 copies noted as pure sales.

Counting all six albums released over the course of almost 12 years, Yoncé was named the only artist to top and debut on the Billboard 200 with their first six LPs.

In 2017, Beyoncé was once again the Grammys’ golden girl, landing nine nominations for the groundbreaking album. For the third time in her prodigious career, she was vying for the most prized award of the night: Album of the Year.

Unfortunately, her name was not called from the winning envelope. Instead, it was Adele and her third album, 25. Still, we at home and those in the audience, along with the British pop force, knew who was the proper winner of the award.

“I’m very humble, and I’m very grateful and gracious but my artist of my life is Beyoncé,” said a tearful Adele in her acceptance speech. “And this album for me, the Lemonade album, was just so monumental, Beyonce.

It was so monumental and so well thought out and so beautiful and soul-baring and we all got to see another side to you that you don’t always let us see and we so appreciate that.”

Much like Adele, Rated R&B is showing its love and admiration for the vulnerable body of work. For the album’s fifth anniversary, we put up a Lemonade stand and revisit five of the LP’s most delicious tracks that have gotten even sweeter over time.

The beauty of reconciliation is when the truth is ever-present from a dishonest lover. The final single released from Lemonade is a proud embrace of both an abandoned romance and elements of lovers rock, a form of tender reggae. Above wafting live instrumentation and a sampled horn from Outkast, Beyoncé’s eloquent voice interchanges between thick and weighty to soft and incisive as she reflects on the experience she once shared with her missed man. “All Night” also connects the tears of the accused party to a spiritual rejuvenation, with pure lyrics like “baptize your tears and dry your eyes.”

Sonically, “Daddy Lessons” sounds like a cross between New Orleans and Texas state lines, adopting the twang of the latter and the Dixieland horn traditions of the former. Lyrically, the yee-haw selection offers a more profound look into the relationship between a father and daughter beyond the clichés, putting his infidelity on the discussion list. The talk is for her own good, though, instructing her to aim her problem-solver when and if she ever becomes a discarded wife.

Rock music is a genre Beyoncé should explore more of in the future. “Don’t Hurt Yourself” updates the soft rock she browsed on part one of I Am…Sasha Fierce in 2008 and delves deep into the amplified sound sown by metallic rockers such as Led Zeppelin and Black Sabbath in the ‘70s. Cloning herself as an acid queen, Bey uses the most lethal track, featuring Jack White, on Lemonade to let loose loud volumes of ferocity and rage aimed at her rap tycoon husband for what seems like a tale of unfaithfulness. The chorus hints at how an adulterer is counterproductive in his misguided pursuit of pleasure outside the relationship or marriage, resulting in daggers of perfidy going inward instead.

Consider it a lost opportunity on acclaimed director Kasi Lemmons’ part for not involving Beyoncé and her revolting song “Freedom” on the official soundtrack of the 2019 film Harriett. Featuring poetic genius Kendrick Lamar, this anthem reflects the continued fight for equality amongst Black people in this country, where injustices from all sides regularly arise against them after years of said emancipation. Even though those in parts of corrupt America still haven’t gotten the proclamation yet, Beyoncé rewrites it for the many ill-advised on “Freedom.” Serving as champions for liberty, Bey and K-Dot visualize a better tomorrow and unprecedented democracy for her race in this fight-the-power tune. Today, years after its release, “Freedom” remains a mission statement for Black people to exercise the rights available to inspire added change because complacency is no longer an option.

“Love Drought” somehow manages to be a metaphor for songwriter Ingrid Burley and the redirection of her frustration for foul execs and the reimagination of a dry spell in JAY and Bey’s love experience. Burley said she came up with the centerpiece of Lemonade in thirty minutes after learning two reps from Parkwood Entertainment lied to her about Bey not working on new music. Rather than using the rumored romantic tension of the power couple to detail the Mike Dean co-produced cut, Burley lets the deception for the label middlemen and her hunger as an ambitious songwriter bleed through on paper and wax. But a song like “Love Drought” isn’t far-fetched for Bey to croon, as the lines in the chorus compare her and JAY-Z’s love to dominant forces of nature.