Expect to be blown away anytime Doja Cat takes the stage of any awards show. The fusion artist stormed last night’s Billboard Music Awards alongside SZA to perform their “Kiss Me More” collaboration for the first time.

From the striking looks to the bomb choreography, the two entertainers sold the bouncy tune as if their lives depended on it.

“Kiss Me More” is the most recent single from Doja’s forthcoming album Planet Her. There still hasn’t been an official album date released yet.

As for SZA, she is putting the finishing touches on her hotly anticipated sophomore album. It will feature the earthy “Good Days,” her first top 10 single on the Hot 100. “Hit Different,” which includes vocals from Ty Dolla $ign, is also expected to appear on the untitled album.

Check out Doja Cat and SZA’s performance above. 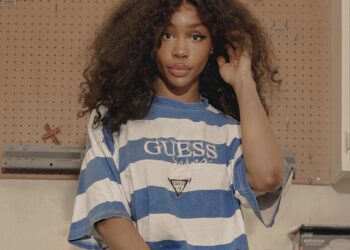 SZA makes another appearance on a film soundtrack this year. This time, the singer-songwriter recorded the song "The Anonymous Ones" for...

Remember that music dump that SZA hinted at last year? Well, the three previously unreleased songs have emerged on the singer-songwriter's SoundCloud...