The booming superstar will perform "Have Mercy" from her debut solo album.

Chlöe‘s road to solo stardom will be in full effect at the 2021 MTV Video Music Awards. The gold-selling artist, who records as Chloe x Halle, will take the Barclays Center stage to debut her first proper single, “Have Mercy.”

The booming superstar has been teasing the release of the Murda Beatz-produced cut for more than a month, building recent buzz for it with a pre-save link on August 12.

“Have Mercy,” still unreleased, is billed as the lead track from her upcoming solo album, which yet has a title. It’s unsure if her Juneteenth remake of Nina Simone’s classic “Feeling Good” will make the album’s tracklist.

In 2020, Chlöe and her sister Halle performed “Ungodly Hour,” the title track from their sophomore album, at the VMAs pre-show.

In other Chlöe-related news, she will play the Brooklyn edition of H.E.R.’s Lights on Festival. The two-day festival happens on October 21 and 22 and features H.E.R., Maxwell, Ari Lennox, Bryson Tiller, Joyce Wrice, and more.

See the announcement below.

On September 12, we will all witness the world premiere performance of @ChloeBailey‘s #HaveMercy! 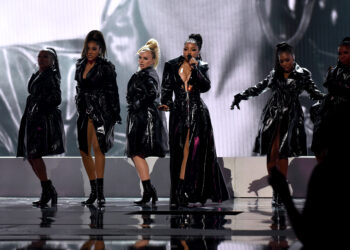 Chloë delivered a show-stopping performance at the 2022 BET Awards on Sunday night. She opened her set with "Surprise," which...