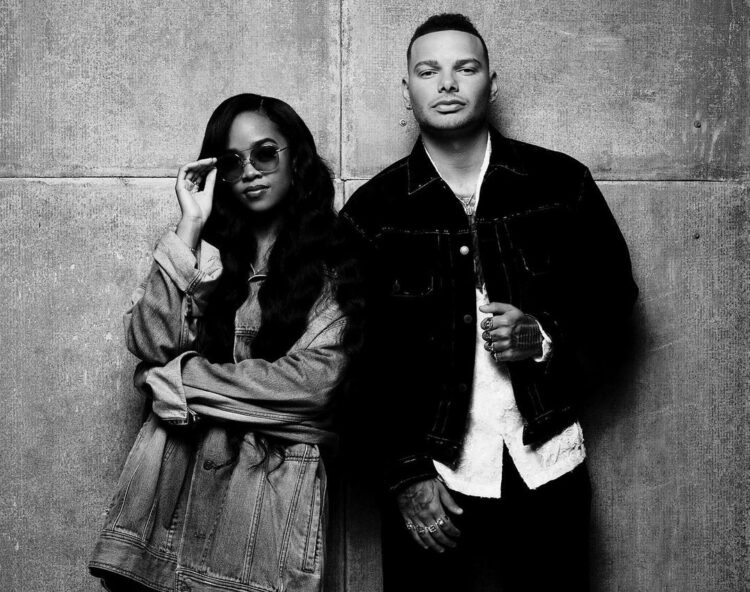 The guitar-laden track has a smooth and flowing production that adds an R&B twang to Kane Brown’s core sound. The beat of the song kicks in during H.E.R.’s verse advancing the song in its entirety. The lyrics speak of not letting personal struggles, old habits, and opinions keep them down because as long as they are alive, they are “Blessed & Free.”

“I just need to drive slow, eyes closed / Whichever way my mind goes / I’m just tryna lay low so don’t mind me / Struggle with my own fight so don’t try / To tell me that it’s alright / But nothin’ but my own lows and my own hopes beside me,” sings H.E.R.

Their new collaboration arrived with an accompanying video that took direction from Alex Alvga. The black-and-white video features Brown and H.E.R., serving us stunning solo shots intercut with scenes of them together.

“Blessed & Free” comes just weeks after she released the Lil Durk-assisted remix of “Find A Way.” The original featuring Lil Baby appeared on her debut album Back of My Mind.

Debuting at number one on the Billboard R&B Albums chart, the LP went certified gold by the Recording Industry Association of America (RIAA) back in August.

Fresh off the Bay Area edition of her Lights On Festival, H.E.R. will embark on her Back of My Mind Tour, featuring special guests Tone Stith and Maeta, beginning October 10 at the FirstBank Amphitheater in Franklin, Tennessee.

Take a listen to Kane Brown and H.E.R.’s “Blessed & Free” below, and watch the official video.