The Atlanta-born singer/songwriter/producer talks Golden Globes, working with Beyoncé, his plans for new music this year and more. 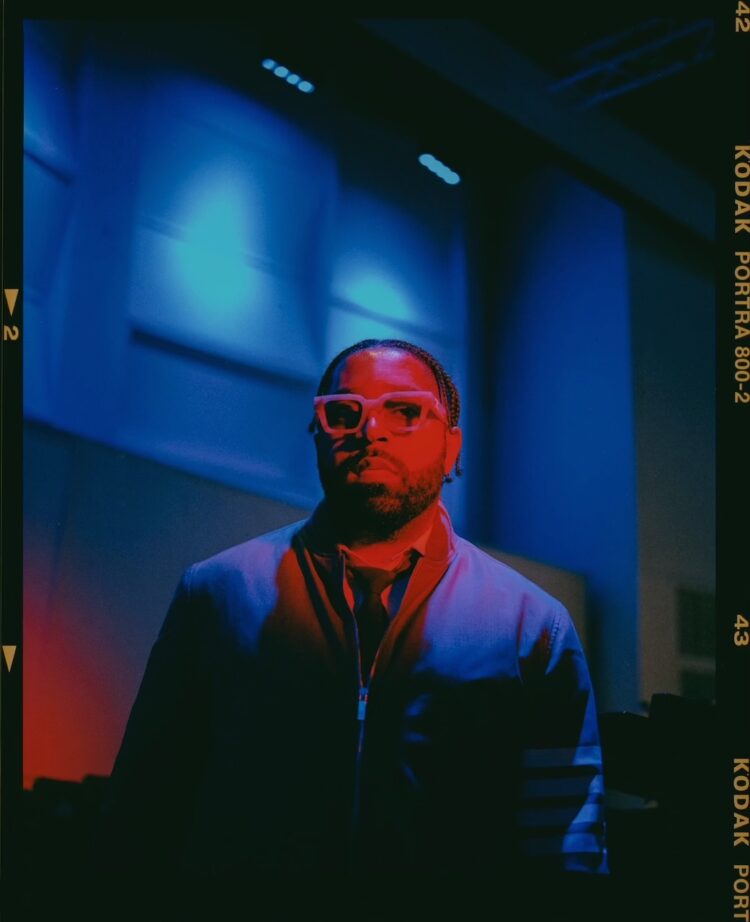 That’s largely thanks to his co-songwriting and co-production placement on the King Richard soundtrack for “Be Alive,” a reassuring anthem made from the hard-won sacrifice and resilience of Black ancestors in which Beyoncé performed.

The song is now nominated for Best Original Song art the 79th Annual Golden Globes, a private ceremony held Sunday, Jan. 9, that will not be televised. It’s a career-first nod for Dixson.

When asked what this recognition means for him as he continues to embark on his music career, Dixson exclusively tells Rated R&B, “It shows me that the work’s not in vain. I work hard to make a recognizable sound that makes people feel, and that’s not always easy.”

He adds, “I never expected to be nominated so early in my career for something this high of an honor. To land a song with one of the biggest and most talented people in the world was huge for me. Then to be recognized by an industry that I don’t really do a lot of work in showed me that the possibilities are endless.”

The nomination is already fueling his curiosity to write and produce for different spaces of entertainment, including television and film.

“Sometimes it takes the acknowledgment from the space you want to get in, to make you feel like it’s possible,” Dixson affirms. “Musicians shouldn’t limit themselves on what they can dive into because the opportunities are endless.”

“Be Alive” was subsequently shortlisted in the 2022 Oscars race for Best Original Song. Nominations for this potential consideration will be announced in early February.

For those unfamiliar, Dixson had already lifted off by this point with significant aid from DARLING, his most recent project. The six-track EP was acknowledged by Rated R&B, placing No. 6 on its 30 Best R&B Albums of 2021 list. He learned about the mention from his management before checking it out for himself.

“Man. I was so honored, bro,” Dixson expresses in gratitude. “It’s a lot of my peers there too, and it was really cool to see me next to some pretty big projects. For it to be my first project on Roc Nation, it just meant the world to be honored in that way.”

Ahead of the 2022 Golden Globes, Rated R&B caught up with Dixson to discuss his Best Original Song nomination. He also chatted about how he plans to make a lasting impression on fans this year with his next release, advice to songwriters on gaining more financial stability, and more.

How did “Be Alive” make it to the home of the King Richard soundtrack?

With great luck (laughs). I’m very blessed to have a great team behind me. When the opportunity came, I said yes and did my best. When I turned my part of the song in, it wasn’t quite a complete thought. It became complete when she did what only Beyoncé can do.

What would you consider a takeaway from your experience working with Beyoncé on this record?

I’m still processing it. It’s a huge deal to me. Truly, I just want to be in service to the music. The acknowledgments, the accolades are not what I come to work for. So I’m encouraged to keep working and motivated to keep making the best music I can, honestly.

In recent posts, you revealed that you crafted your first beat of the New Year and started 2022 on your terms. Can you elaborate on that?

I waited five days to make a beat. I told myself I didn’t want to jump out January one and make a track. I wanted to get some rest. I moved into a new place. I wanted to get my house in order and all those things. So I got my little home studio set up, and I made a beat, day one.

I’ve never been able to create this freely in my career. It’s always been with some constraint, whether it was financial or time. Now I have the luxury of a little bit of time to be able to fully realize and actualize my thoughts and my process.

Making that first beat of 2022 was a big deal for me because it’s one of those tracks that I wouldn’t normally submit to someone. I kind of made it for me. A couple of days ago, I got the concept for the record. I went and cut it yesterday for a pretty big artist, and people are excited about it.

You shared some advice to songwriters, suggesting that they should become a producer, as well. Why do you think so and how has being able to do both brought artistic value to the way you create music?

The music industry is just a very interesting place. For songwriters, a lot of times payment doesn’t happen for a long time. You don’t see the fruit of your labor for a while. What I can say, being a producer, you see your money a lot sooner. That just helps with the sustainability of life.

My argument is always for songwriters to figure out production, whether it’s vocal production or traditional music production. If we’re good enough to sing the songs, we probably understand the chords around the songs. We can make our own songs, and on a business side, that’s a way to ensure that your money is getting to you in a timely fashion.

I know so many songwriters that suffered during the pandemic because they were just waiting on their check, myself included. I’ve been promoting myself as someone who does both. I play 11 instruments. I’ve been producing my whole life, whether it was for stage or church, or in the studio. I promote myself as both because I know I can do it.

I tell every songwriter and artist that I’m in the room with: there are no limits to your creativity. You can be a producer. You can teach yourself these things so that it ensures your stability in this business.

Biggest advice for songwriters: BECOME A PRODUCER TOO.

I don’t think people realize how important sequencing is for a music project, because, in my opinion, it’s the thread of a quality listening experience. You said it’s one of your favorite parts of project building. Can you share why?

I feel the same way. The sequence of the songs together make for a better understanding of what the artist was trying to bring forth. It gets on my team’s nerves — sequencing — because I’m always poking holes at it. As many people as I play it for, I want to get as many opinions as I can on the sequence because I need to know how people are going to receive the music.

This year we have two projects dropping. I’ve sequenced the first one. The second one, I’m having difficulty with sequencing because it’s going to be a follow-up to the first one. That sequence matters a little more than the first sequence. I’m trying to see it all as a group project. Two projects are dropping in 2022, but it’s one project for me because I want people to start it with project one and potentially flow into project two if they want to or set it up in a way where if you put all the songs in a playlist, you can shuffle them, they still feel good next to each other.

Speaking on the two installments of the one project, what can you tell us about the direction conceptually?

For me, this next one is peeling back a layer that I haven’t expressed before in my music. That’s the more theatrical character-driven side of my music. I grew up in theater. I love to perform. I love to embody characters.

When I write songs for other people, I always embody a character. I try to give them something more than just themselves. I want to do that for myself in this music. You’re going to hear it on the second project that comes out.

The first project is the lead-up and interlude to this bigger character. The music is very different from, say, the DARLING project, where the goal was to let people know I’m a singer and producer.

The concept is really strong. I love that I’m the vessel that gets to deliver it. I’m a Black man, and I love it when I see the vulnerability of Black men in our world. I love watching people give of themselves in a way that we don’t normally get to see in the world. And that is what I’m trying to give with this project. So I hope people are ready.

What else is next for you?

I’ve had an idea for a lifestyle brand for three or four years now. I think I’m going to launch my first product from that brand this year. Very simple. I don’t want to go too crazy, too soon. I think the concept behind this one product is going to be a big deal.

It is music-related, but it’s also lifestyle-related. I think it’s so important to find a small amount of luxury that you can enjoy in every area of your life.

Everybody doesn’t have a lot of money, but you have to have one nice thing in your life that makes you feel like you’re honoring yourself. I think the musicians are going to love it because it’s going to speak directly to them and our people — Black people, that is.