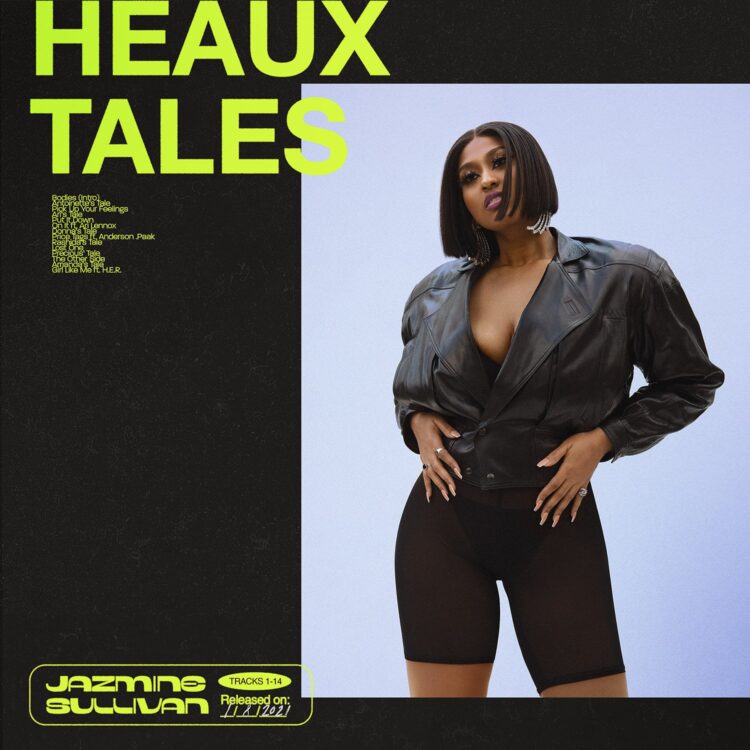 Jazmine Sullivan isn’t moving on from her Heaux Tales era just yet.

The Grammy-nominated singer has announced a deluxe edition of her critically-acclaimed project. Heaux Tales, Mo’ Tales: The Deluxe will release on Feb. 11, via RCA Records, the same day as Mary J. Blige’s album Good Morning Gorgeous.

The project comes more than a year after Heaux Tales, which was ranked No. 1 on Rated R&B’s 30 Best R&B Albums of 2021. In December, Sullivan hinted at her forthcoming sequel. She shared a snippet of “Jazzy’s Tale,” signaling there were more stories to be shared.

“I just didn’t want to be alone,” Sullivan said in the snippet. “Growing up, a Brown skin girl, a fat girl, essentially growing up feeling undesirable. When you get older, and you have a man there that desires you, it validated me. It made me feel good about myself. Therefore, the content that the validation brought me was worth the actual pain that the relationship eventually brought me. It’s a sad thing.”

After releasing Heaux Tales in January 2021, Sullivan returned in the summer with her Leven Kali-produced song “Tragic.” It’s not confirmed whether or not the song will appear on the deluxe edition.

In an October 2021 interview with Rated R&B, Sullivan teased that new music was on the horizon.

“I am in the studio,” she said. “I’m working, creating more content, making more music. I’m doing features. Music will be coming out soon.”

On Feb. 15, Sullivan will kick off her supporting Heaux Tales Tour with special guest Tiana Major9. The tour will conclude on March 30, just days ahead of the 2022 Grammy Awards, which airs on Sunday, April 3.

Speaking of “Pick Up Your Feelings,” the song was recently certified platinum by the RIAA with more than one million equivalent units sold. It marks Sullivan’s first platinum single.