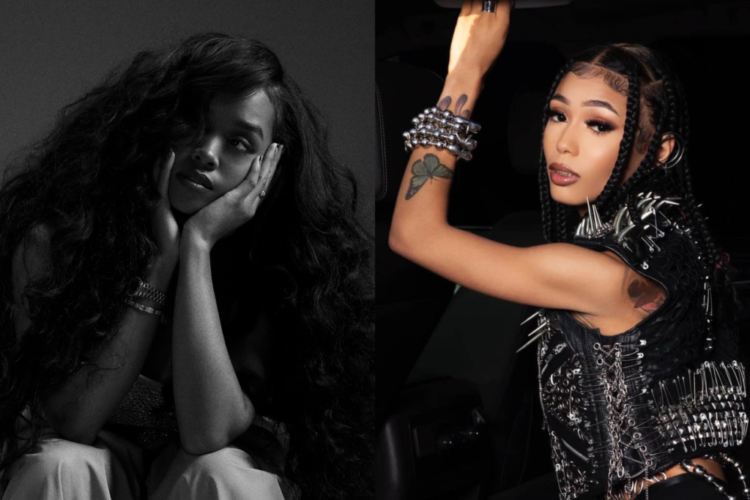 Rising rapper Coi Leray has teamed up with Oscar and Grammy-winning singer H.E.R. for her new song “Overthinking.”

Co-produced by Jaasu and BNYX, “Overthinking” finds Leray and H.E.R. confronting a partner who is “out here livin’ two lives.” H.E.R. comes in on the second verse, where she makes it clear that she is not interested in sharing her man, and calls out his hypocrisy.

“I don’t do that sidepieces shit If I gotta compete, you can keep that shit, yeah / Give me them damn receipts (Them damn receipts) / N*ggas always preachin’ loyalty (Yeah) / Say they love you, but they wanna cheat (Wanna cheat),” sings H.E.R.

“Overthinking” is lifted from Leray’s debut album, Trendsetter, out now on Republic Records.

H.E.R. has been teaming up with more rappers lately. In addition to her collaboration with Leray, this year she has worked with A Boogie wit da Hoodie (“Playa”), Saweetie (“Closer”) and Cordae (“Chronicles”).

In the R&B world, H.E.R. recently paired with Mary J. Blige for her “Good Morning Gorgeous (Remix).” She co-wrote and co-produced the original with D’Mile. Lucky Daye and Tiara Thomas assisted with writing the anthem.

H.E.R. is on the second leg of her Back of My Mind Tour with special guest Marzz. In between dates, H.E.R. is supporting Coldplay on their Music of the Spheres World Tour.

Listen to “Overthinking” by Coi Leray featuring H.E.R. below.