Brandy Performs ‘Rather Be’ for COLORS

The song is lifted from "b7," which debuted at No. 1 on Billboard's Independent Albums chart. 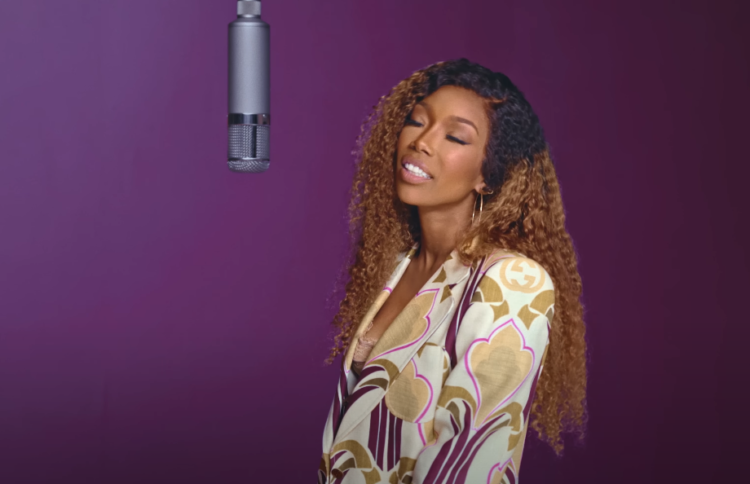 Brandy has teamed with COLORS to perform her 2020 track “Rather Be.”

Dressed in a tulip print linen suit by Gucci and a matching corset, Brandy delivered a divine rendition of the flirtatious track. Yet again, Brandy’s effortless performance proved why she is deemed The Vocal Bible.

“This one is dedicated to all my amazing fans. There’s no place I’d #RatherBe than sharing this music with you,” Brandy tweeted.

“Rather Be,” co-written by Brandy, Victoria Monét, DJ Camper and Antonio Dixon, appears on Brandy’s seventh album, b7.

The album, which debuted at No. 1 on Billboard’s Independent Albums chart, appeared at the top of Rated R&B’s Best R&B Albums of 2020 list.

Rated R&B’s Antwane Folk noted that b7 “has a profound impact on those that genuinely want to see Brandy succeed, and most importantly, be happy.”

In a 2020 interview with Rated R&B, Brandy shared the impact she wanted to make on those who listened to b7. “I want them to feel like they were blessed with really good music that not only speaks to my heart but speaks to their heart,” she said.

“I want this to be an album for people to listen to all the way through. I hope that I can inspire everyone to not give up on their dreams. Whatever they feel that’s holding them back, they can push through that situation.”

In other Brandy news, the music legend has been keeping busy in multiple sectors of entertainment. On a music note, she has teased a ‘new moon’ celebration for the 20th anniversary of her landmark album, Full Moon.

She also teamed with Mariah Carey to remake Carey’s fan-favorite track “The Roof” from her Butterfly album. Brandy joined Carey in her MasterClass on background vocals, where the two recorded a new version of the song.

Brandy also collaborated with her daughter Sy’rai for a song called “Nothing Without You” from Disney’s Cheaper By the Dozen soundtrack. Additionally, Brandy lent her pristine vocals to Nick Cannon’s Raw & B album and Arin Ray’s sophomore LP, Hello Poison.

In the film world, Brandy will star in Netflix’s upcoming holiday movie, Best. Christmas. Ever.

Watch Brandy perform “Rather Be” for COLORS below.

Stream “Rather Be (COLORS Edition)” below.