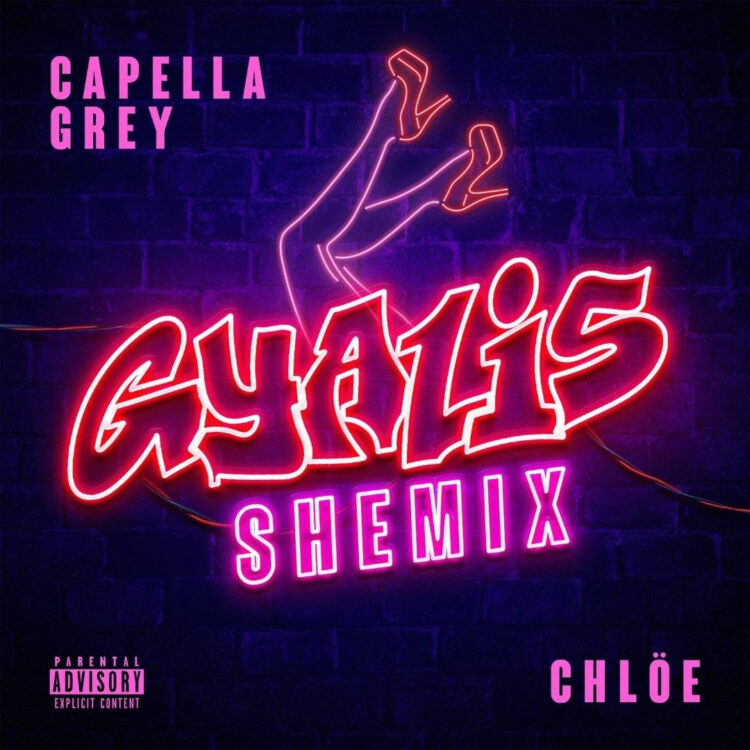 The updated version doesn’t stray much from the original, keeping Grey’s sly verses untouched. Chlöe slides in behind him with unequivocal vocals, which allows her to lament beautifully about the devious protagonist.

An easy catch herself, she knows that she “could’ve had his friends” instead of playing into his web of lies.

The “Gyalis (Shemix)” arrives weeks after the 23-year-old singer teased a live rendition of the instant radio smash on Instagram. As of today, the under two-minute clip has surpassed 3.5 million views on the social media platform.

Last month, Chlöe put pressure on her devoted fans during an Instagram Live when she asked them to select the next single from her self-titled debut album. She previewed three tracks — “For the Night,” “Surprise,” and “Cheat Back” — which all varied sonic innovation and lyrical content.

The first two songs generated the most praise. However, Chlöe has yet to confirm which song will be released next.

They’ll appear alongside the assertive “Treat Me” and the chart-dominating “Have Mercy” on her solo project for Parkwood Entertainment/Columbia Records. The finished album will arrive sometime later this year.

“I don’t control dates or anything, but just know I’m super proud of this project. It means absolutely everything to me,” she wrote on Twitter in March.

Chlöe said she’ll contribute to a future 6LACK song titled “Cry for Me.” She confirmed that they filmed the song’s music video.

Juneteenth weekend (June 17-19) will be one of great live music. Chlöe will rejoin her sister Halle Bailey as Chloe x Halle to perform at Pharrell’s Something in the Water Festival. Usher, Ashanti, 6LACK, Lucky Daye and more are set to play the three-day event. Tickets are available now.

Listen to “Gyalis (Shemix)” by Capella Grey featuring Chlöe below.