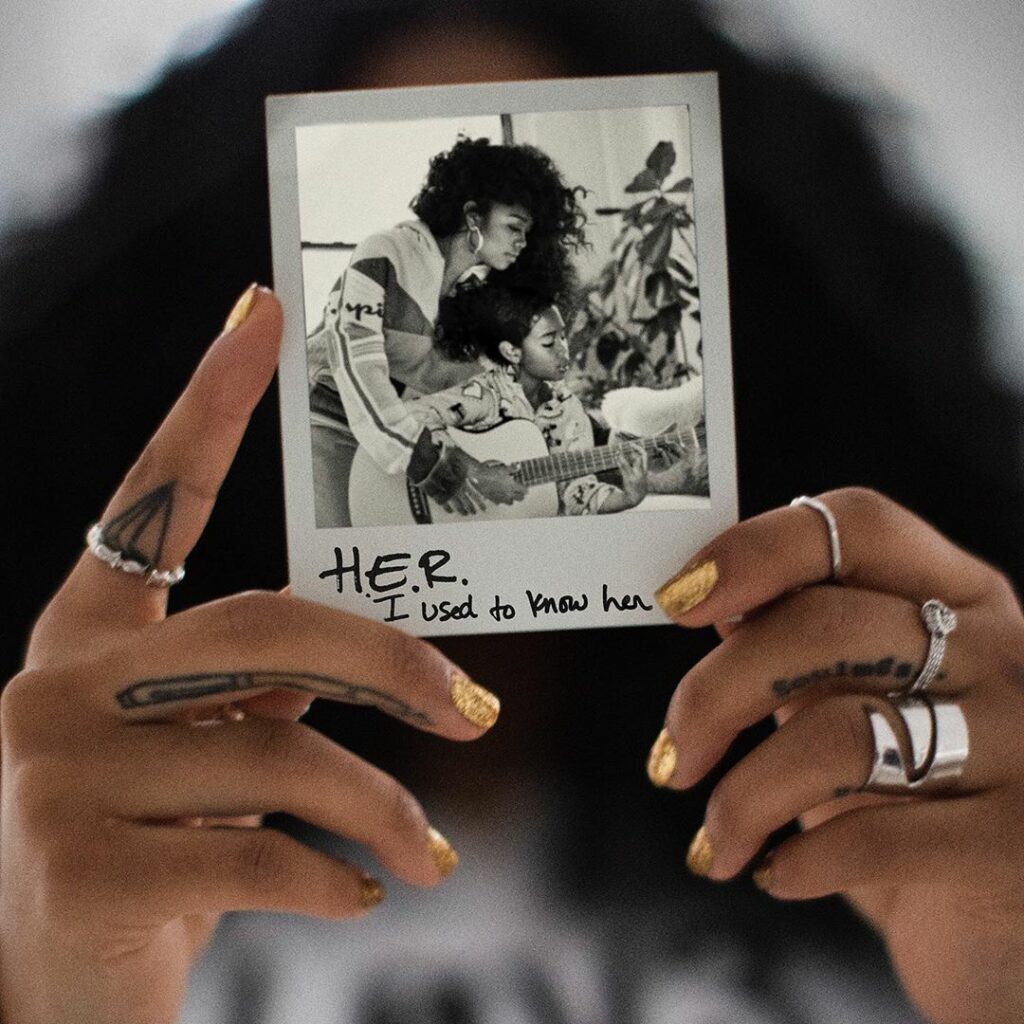 H.E.R. is making her fans wait a little longer for her debut album. In the interim, the two-time Grammy winner merges her two 2018 I Used to Know Her EPs into a long-playing album.

The consolidated release includes her number one single “Could’ve Been” featuring Bryson Tiller. She keeps go-to records “Carried Away” and “As I Am” on the track list and extends interludes “Going” and “Be on My Way” into full songs.

I Used to Know Her introduces fans to new material (“Something Keeps Pulling Me Back”). It also contains familiar standalone tracks: “21” and “Racks” featuring YBN Cordae.

Surprisingly, H.E.R. doesn’t include her new song “Anti,” which she debuted at the 2019 MTV Video Music Awards.

H.E.R. is getting prepared for a handful of shows this fall. She is headlining her very own Lights On Festival and the 2019 iHeartRadio Music Festival in September. She is also tapped to perform at Tyler, The Creator’s Camp Flog Gnaw Carnival in November.

Stream I Used to Know Her below.