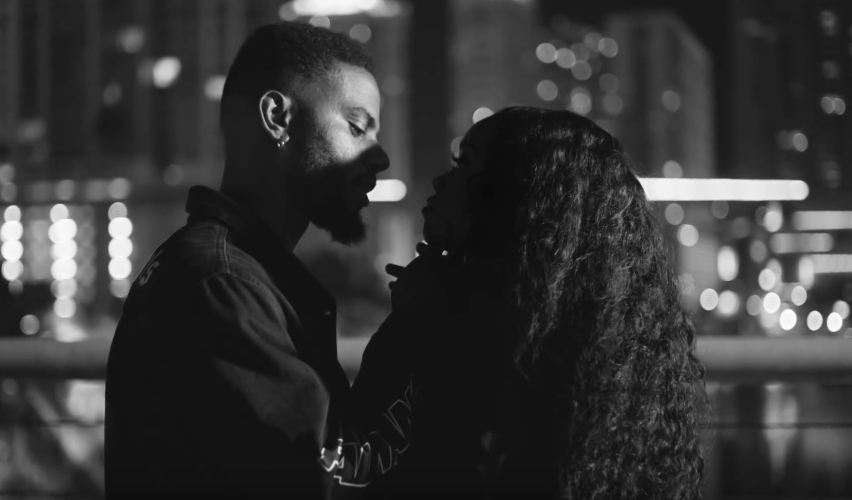 H.E.R. is a radio killa. The Grammy-winning artist extends her lead to 3-0 on urban adult contemporary radio, as “Could’ve Been” featuring Bryson Tiller reaches number one on the airplay chart, according to Mediabase.

H.E.R. reigned as a chart ruler on this radio format twice last year for “Focus” and “Best Part” with Daniel Caesar. Both radio victories resulted in the two records topping the Billboard Adult R&B Songs chart.

This marks Tiller’s very first time reigning atop of this airplay chart as his chart-topping success has come primarily from the urban format for hits like “Don’t” and ‘Wild Thoughts” featuring Rihanna and DJ Khaled.

Beyond her recent hits, H.E.R. is still promoting her EP I Used to Know Her: The Prelude. She premiered a cinematic picture for her singe “Hard Place” last month. H.E.R. is also working on her highly-anticipated debut album. She has been seen in studio sessions with musicians Sean Garrett, DJ Camper, and Luke Witherspoon III.

In June, H.E.R. will perform at the 2019 Roots Picnic and night-one of the 2019 BET Experience. She will also hit the stage for the 25th anniversary of the Essence Festival in July.

As for Tiller, he can be heard on Ryan Trey’s new banger “Nowhere to Run.” The trap soul pioneer is also perfecting his third album Serenity until he’s “happy with it.”

“I understand that people these days love to have new music like every 4 months but that’s just not how I work,” he shared on Instagram last year December.