Lonr. and Amber Mark Share New Duet ‘Save My Love’

It will appear on the "Reminiscence" soundtrack, out August 20.

Lonr. and Amber Mark duet on a new song titled “Save My Love.” It’s lifted from the upcoming Reminiscence soundtrack, which arrives on August 20, the same release date as the Lisa Joy-directed film that stars Hugh Jackman and Rebecca Ferguson.

The soul-baring tune was produced by Jeff “Gitty” Gitelman (H.E.R., John Legend), and hears Lonr. and Mark pleading with one another about keeping a candle burning for their passion.

Behind “Save My Love,” Mark has dished out two solo songs: “Competition” and “Worth It.” She filled last year with a string of tracks, including a rework of SisQó’s “Thong Song” and an empowering anthem “1894,” to name a few.

Lonr. recently locked voices with Annalé on “Title.” His previous 2020 EP, Land of Nothing Real, spawned a hit single called “Make the Most.” The H.E.R.-assisted track shot to the top position on R&B radio and the Billboard Adult R&B Airplay chart.

Stream Lonr. and Amber Mark’s new song “Save My Love” below. Watch the duet’s video above. 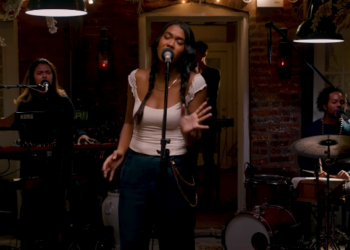 Fans of Amber Mark and her freshly-released debut album, Three Dimensions Deep, are probably anxious to hear the new songs... 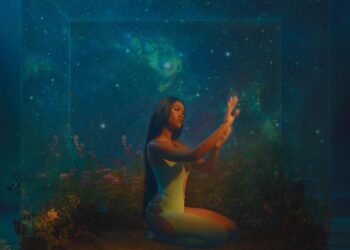 The time has finally come. After a few singles, Amber Mark has finally released her debut album, Three Dimensions Deep,...