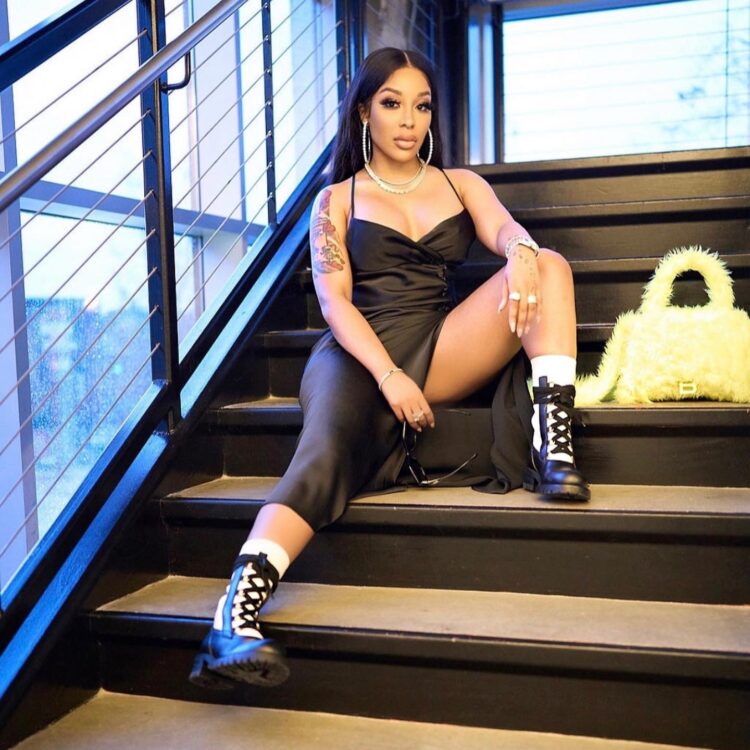 This year, K. Michelle is determined to deliver the best possible R&B album of her career, using the genre’s golden era as a template.

In recent tweets, the Memphis native responded to fans on Twitter who had videos where she shared snippets of tunes recorded for the next album, currently titled I’m the Problem.

K. Michelle commented to one fan and their praise dedicated to a teaser posted, writing, “Wow. I love 90’s R&B and that’s what I wanted to do with this song and album.”

Wow. I love 90’s R&B and that’s what I wanted to do with this song and album. https://t.co/tTucQPXzPG

She stated the sonic aim for her sixth and final R&B album. “My R&B album is definitely some ole school 90’s R&B crying shit,” Michelle declared. She added, “I’m just going to pick the songs that show my true emotions. This is my last. I want to end honest.”

Not wanting to discredit the current state of R&B, she told one fan, who felt her return would revive the genre, “It’s a lot of awesome R&B music out now. The sound is just different right now. Every artist has their o[w]n take and version of R&B and that’s what makes it so dope. I love 90’s vibes. The Jagged Edge, Mary, Brandy, Usher.”

More responses followed as questions surrounding the album continued to pour in from fans, prompting her to reveal the lead single and album dates. K. Michelle said the single debuts in February, while the LP comes out in March.

As many know, K. Michelle also has her sights set on releasing her long-awaited country album. According to a tweet revolving around the creative shift between her R&B and country work, that first single is promised to arrive in June.

Aside from gearing up for an exciting year of music, K. Michelle is taking over the Lifetime network, starting with her upcoming series My Killer Body with K. Michelle. It debuts on Feb. 3, at 9 p.m. EST on the network.