His latest video is issued with an epilepsy warning. 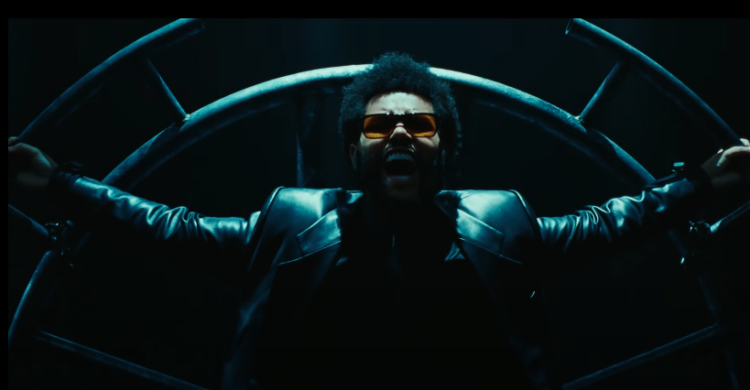 Now that The Weeknd has released a new album, more videos are rolling out. The latest visual is for “Sacrifice,” a standout among Dawn FM.

Directed by Cliqua, the video follows The Weeknd under the command of high authority, guiding him to a white radiance or seemingly a transition between life and death.

But before that, he wakes up from a brief epileptic episode on a dance floor and gets carried away to torture wheel by hooded individuals. You’ll have to watch the video to see what his fate is next.

Dawn FM arrived days after it was surprisingly announced this month. The Weeknd’s follow-up to his 2020 release After Hours features appearances from Quincy Jones, Lil Wayne, Tyler, the Creator, Oneohtrix Point Never, and Jim Carrey.

The Weeknd is scheduled to promote his new album on his After Hours Til Dawn Stadium Tour sometime this summer. However, no dates have been revealed yet.

In other music news, The Weeknd will appear on FKA twigs’ forthcoming mixtape Caprisongs on the song “Tears in the Club.” The tape drops on Friday, Jan. 14.

The Weeknd also is attached to Aaliyah’s recent posthumous single “Poison.” It’s the lead single to her hotly promised posthumous album Unstoppable, which has been teased to arrive soon.

Watch The Weeknd’s video for “Sacrifice” below.