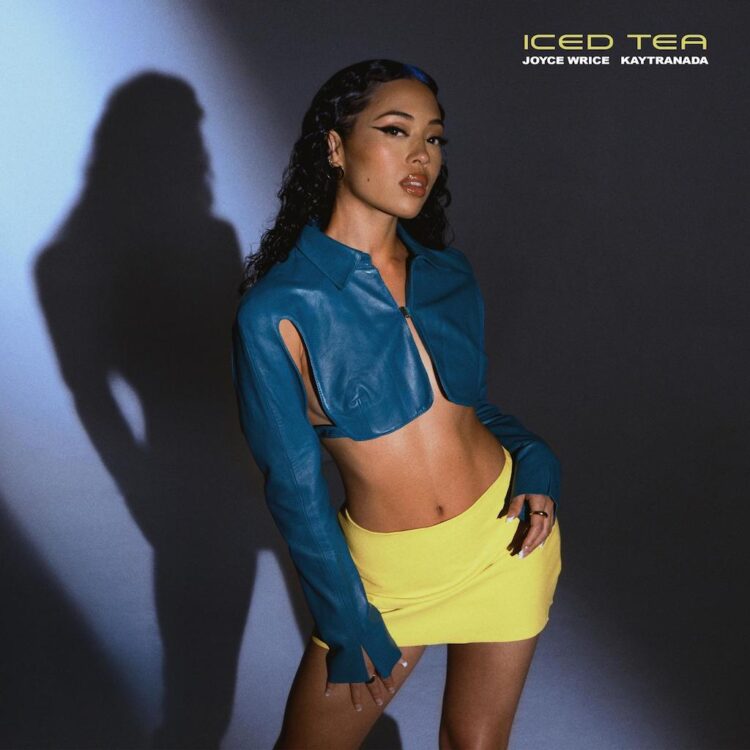 Days before Joyce Wrice joins Lucky Daye on his headlining Candydrip Tour, she debuts new music. In doing so, the California native reconnects with Grammy winner Kaytranada for her new song, “Iced Tea.”

Throughout the track, Wrice’s lithe vocals drift over percussive beats as she allows herself to be untied from any negativity that could prevent her from elevating into a boss chick.

“Keep it on the low, ’cause I’m better on my own / So you could go sit your ass over there (Yeah) / Caught up in my flow, something that you’ll never know / Don’t need nobody to care,” Wrice sings.

Thrilled to be collaborating with Kaytranada again, Wrice shared the inspiration behind her new song. “‘Iced Tea’ is a fun dance record where I’m stepping into my divine feminine with the hopes to empower women to be free and stand their ground,” she said.

Wrice’s stature continues to grow as she can be heard on the theme song from Disney’s The Proud Family: Louder and Prouder.

Outside of her tour gig with Daye, Wrice will perform at festivals throughout the year, including the Sol Blume Festival and the Broccoli City Festival.

As for Kaytranada, issued the EP Intimidated in November 2021. The three-track project featured guest appearances from H.E.R., Thundercat and Mach-Hommy.