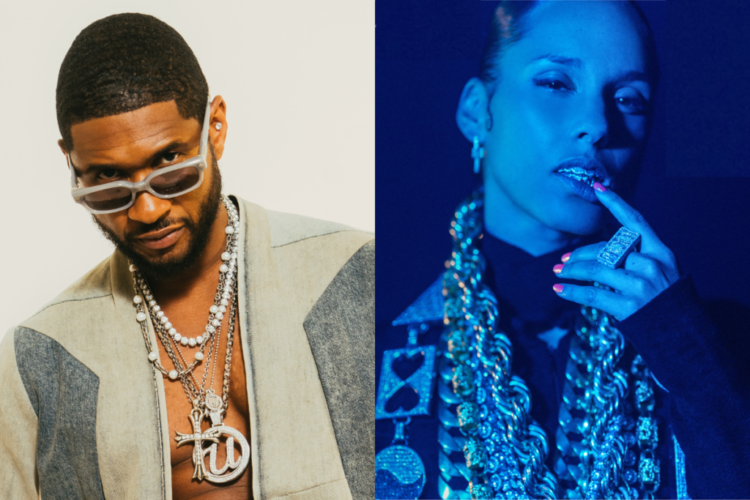 Nominees for the 2022 BET Hip Hop Awards have been revealed. R&B superstars Alicia Keys and Usher are among this year’s nominees, which also include Ms. Lauryn Hill, Teyana Taylor and Kaytranada.

The party-ready anthem, which samples Lathun’s 1997 track “Freak It,” was released on July 1. It was accompanied by a video directed by Daps.

Keys received a nomination for Impact Track for “City of Gods,” her collaboration with rappers Fivio Foreign and Kanye West. In July, they gained a gold certification from the Recording Industry Association of America (RIAA) after selling more than 500,000 equivalent units.

On April 7, Keys released “City of Gods (Part II),” a stripped-down version of the drill track. She kept her catchy chorus on the song but added two new verses from her perspective.

A few days after the song’s release, it was announced that Keys’ debut album, Songs in A Minor, was added to the National Recording Registry.

“I’m so honored and grateful that Songs in A Minor, the entire album, gets to be recognized as such a powerful body of work that is just going to be timeless,” said Keys.

Since then, Keys has released KEYS II, the deluxe edition of 2021’s KEYS that includes two new features with Brent Fayaiz (“Trillions“) and Lucky Daye (“Stay”), as well as a couple of remixes to “In Common.”

Of her KEYS album, the 15-time Grammy winner told Rated R&B, “It is an invitation for all of us to show up to ourselves and not hold back any part of ourselves,” she said. “I think a lot of us oftentimes feel like we have to dim it down and small it down. No, I refuse it anymore. I invite us all to refuse it because there’s a power and a special energy that we all have.”

Rolling back to Usher, the global star has been having yet another prosperous year. The current leg of his Las Vegas residency is sold out. But, don’t worry, he announced 25 additional shows that will take place from March through July 2023. It will be held at Park MGM’s Dolby Live just like the current one.

On Friday (Sept. 16), he will reissue his sophomore album, My Way, with an expanded edition. The special 25th anniversary edition will include reimagined versions of the album’s three singles: “You Make Me Wanna…,” “Nice & Slow” and “My Way.” Each reimagined version will have an instrumental for listeners to enjoy, as well.

Additionally, Usher will premiere a mini-documentary on his YouTube channel commemorating the album’s 25th anniversary. It will feature interviews with him, Jermaine Dupri and Ryan James Carr. It will also contain behind-the-scenes footage of the making of the reimagined tracks and unseen archival footage of Usher from the album’s era.

See the full list of nominees for the 2022 BET Hip Hop Awards below.

LYRICIST OF THE YEAR

VIDEO DIRECTOR OF THE YEAR

SONG OF THE YEAR

HIP HOP ALBUM OF THE YEAR

I NEVER LIKED YOU – FUTURE

HIP HOP ARTIST OF THE YEAR

PRODUCER OF THE YEAR

DJ OF THE YEAR

MILLION DOLLAZ WORTH OF GAME

HUSTLER OF THE YEAR