His headlining tour of the same name starts in March.

Masego has released an official video for his new single, “You Never Visit Me.”

Mailson Soares directed it, which was filmed in Brazil. If Masego isn’t longing for a distanced lover in his suite, he’s riding on the back of a moped and exploring his options during nightlife.

The official video for “You Never Visit Me” follows Masego’s recent performance of the track, which was also taped in Brazil.

“You Never Visit Me” is the latest focus track from Masego’s second proper album, slated for a 2023 arrival.

The album’s first single, “Say You Want Me,” was released in November 2022. It features supporting vocals from Destin Conrad, Ambré, Ari PenSmith and Mannywellz.

Victor Alex Barco directed the accompanying visual for “Say You Want Me.” The video has more than 1.5 million views on YouTube. Meanwhile, the song has nearly five million streams on Spotify.

His former project included the gold-certified “Mystery Lady” featuring Don Toliver. Lady Lady, though, had the platinum-selling “Tadow” with FKJ.

Watch Masego’s new video for “You Never Visit Me” below. 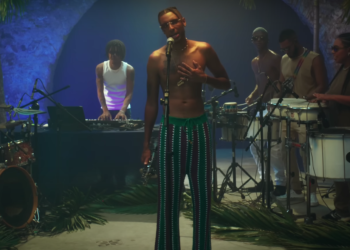 Watch Masego Perform ‘You Never Visit Me’ Live From Brazil

Masego is gearing up for his upcoming North American tour with a new live performance of "You Never Visit Me." ...