Watch Masego Perform ‘You Never Visit Me’ Live From Brazil

Masego is gearing up for his upcoming North American tour with a new live performance of “You Never Visit Me.”

The performance, shot in Brazil and directed by Mailson Soares, finds a shirtless and shoeless Masego providing a great snapshot of what’s to come from his U.S. stint.

“You Never Visit Me” is Masego’s second song release of 2022, following “Say You Want Me.”

Both tracks are set to appear on his forthcoming sophomore, which is slated to arrive later this year via EQT Recordings/Capitol Records.

Masego and FKJ received a platinum award for their collaboration, making it his first RIAA honor for a music release exceeding sales of one million equivalent units.

According to the RIAA, “Mystery Lady,” lifted from the EP, was certified gold with more than 500,000 equivalent units sold. Don Toliver is featured on the track.

Starting March 12, Masego will embark on his You Never Visit Me Tour. It launches at The Observatory in Santa Ana, California.

Watch Masego perform “You Never Visit Me” below. 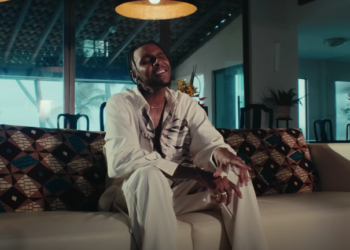