Chart Check is back! Each Friday, Rated R&B provides detailed insight to the weekly chart movements of your favorite R&B artists and R&B songs.

In this updated format, we will discuss Billboard’s Adult R&B Songs and Mainstream R&B/Hip-Hop National Airplay charts extensively. Read below for more information on the week of July 29, 2017:

This week on the Adult R&B Songs chart came with a few notable chart movements — though the Top 5 remains the same as the last tracking week. Atlantic Records singer-songwriter Sevyn Streeter rises 10-9 with her dreamy single “Before I Do,” earning an increase of 148 radio spins in the last tracking week. Streeter released her new album Girl Disrupted on July 7 and performed the song on Wendy last Tuesday. Her album, which was exclusively released digitally, debuted at No. 13 on the R&B Albums chart this week.

Queen of Hip-Hop Soul Mary J. Blige has selected “Set Me Free” as the fourth single from her latest album, Strength of a Woman. The song has been added to rotation by 19 new radio stations, making it the second most added song on R&B radio in the last week. “Set Me Free” credits fellow singer Jazmine Sullivan and DJ Camper as co-songwriters, with the latter producing the track. The two also share credits on Blige’s lead single “Thick of It,” which first peaked at No. 1 on this chart back in November and stayed on top for 16 weeks. Blige will be going on a headlining tour later this month.

Khalid’s “Location” is not going down without a fight. In fact, it’s candle burns bright with a huge leap on the chart at the No. 21 spot, making it the biggest gainer this week. It also holds the title for most increase in spins at R&B radio at 240 spins and the most added song at R&B radio, with a whopping 22 adds in the latest tracking week. He’s currently headlining his American Teen Tour, which ends its run on Aug. 31.

And in quick notes: Demetria McKinney’s “Easy” still sits at No. 11, despite continued gains in radio airplay. At this rate, it may be another week or two before she finally breaks into the Top 10; Tank’s slow-burning “When We” leaps 25-19 this week and shows no signs of slowing down. He recently announced his upcoming Savage Tour, which kicks off in early September. Tamar Braxton’s “My Man” saw an increase of 170 radio spins this week and a 9-7 placement on this week’s chart. The music video has already amassed over 1 million views, just three weeks after its release on June 28; Stokley may have a dark horse for a No. 1 song in his feel-good lead single “Level.” The summer single has the fourth-largest audience and was one spin shy of 1,300 radio spins at R&B radio in the latest tracking week. Serving as the lead single from his latest album Introducing Stokley, it should rise to the No. 3 spot in the next couple of weeks.

DJ Khaled’s “Wild Thoughts” rises 8-4 on this week’s chart. The song, which features Rihanna and Bryson Tiller, had the biggest increase in radio spins with a whopping 819 play increase. Funny enough, the song was a mere five plays away from Childish Gambino’s 3,563 plays, which would’ve resulted in a No. 3 showing for “Wild Thoughts.” Elsewhere, the Santana-sampled tune rises 4-2 on the Billboard Hot 100, and is already predicted to hit No. 1 within the next month. This would finally see the decline of Luis Fonsi and Daddy Yankee‘s “Despacito” remix featuring Justin Bieber, which has held the No. 1 spot for ten weeks.

Chris Brown is having an incredible week. Although “Privacy” dipped 7-8 this week, the song still saw a 87 spin increase at urban mainstream radio. His latest collaboration with Gucci Mane is also faring well, as “Tone It Down” was added to eight stations this week. Brown also has another airplay hit brewing thanks to his feature on OneInThe4Rest’s “Jiu Jitsu,” which is bubbling just underneath the chart. Lastly, Breezy might score another Top 10 soon, with Meek Mill’s “Whatever You Need” rising 13-12 on this week’s chart. The single, which features Brown and Ty Dolla $ign, saw an increase of 297 spins at urban mainstream radio this week, and will only grow in the coming weeks.

Bruno Mars has officially picked “Versace on the Floor” as the third single from his platinum selling album 24K Magic. The 80s inspired ballad received 8 adds on urban mainstream radio this week. The song also saw a 299 increase in radio spins this week, which is the fifth highest for the week. Mars is on his 24K Magic World Tour, which runs through mid-November.

And in quick notes: Jacquees’ “B.E.D.” is on the upswing as it rises 13-12 this week. The bedroom thumping track saw a 285 increase in spins and has a 11.8 million audience at urban mainstream radio; August Alsina makes his way on the airplay chart this week, as “Don’t Matter” arrives at the No. 39 spot. It’s the third highest debut on this week’s chart. Alsina will begin his headlining tour of the same name in a couple of weeks, with Tone Stith and Rotimi slated as featured acts; SZA; Tamar is looking to join SZA as a female R&B lead on urban mainstream radio. “My Man” was added by eight stations this week, landing in a four-way tie for most adds. Hopefully we’ll see some more increase in the coming weeks.

Enjoyed this week’s Chart Check? How well do you think Mary and Bruno’s new singles will do? Will “Wild Thoughts” Hit No. 1 on the Billboard Hot 100 Chart? Any R&B specific questions? Let us know in the comment section below. 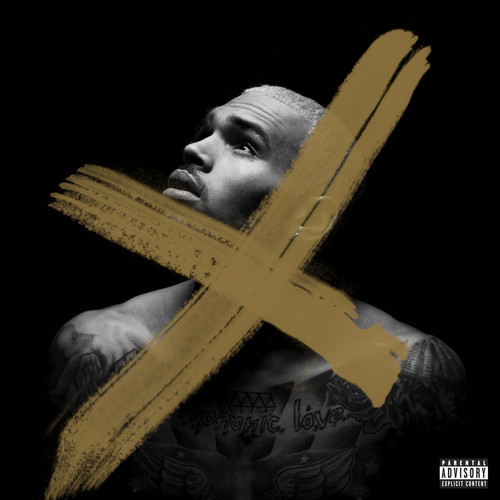