Skip Marley’s Destination Is to a ‘Higher Place’: Interview

The reggae artist talks about his debut EP, how R&B has inspired his music and more. 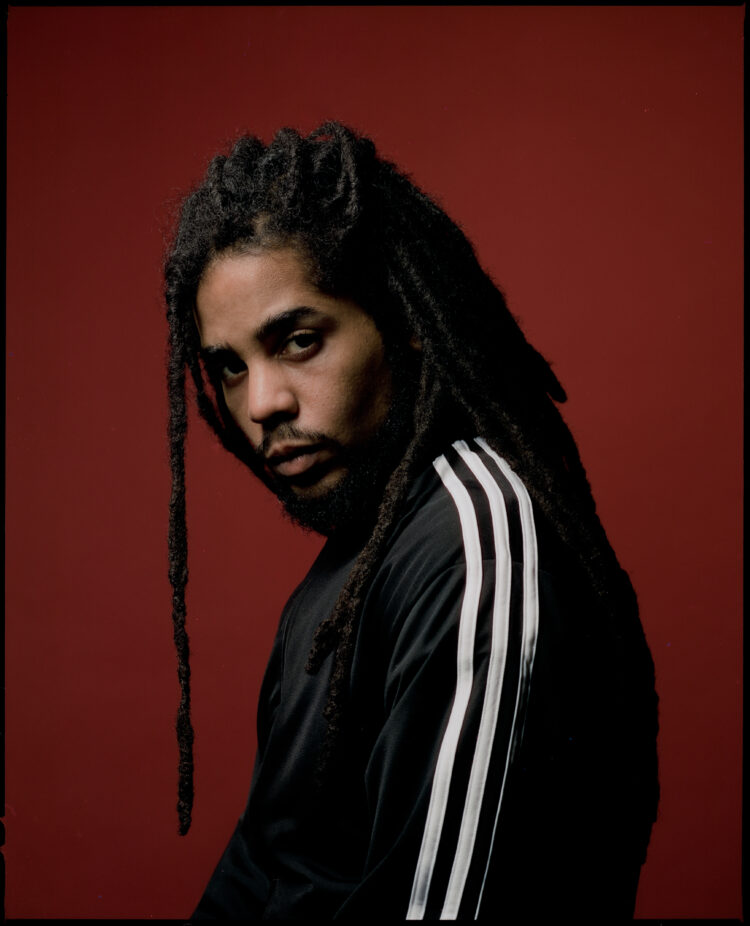 “Sometimes it’s so hard to be happy, when all you do is hold on to your insecurities,” sang Skip Marley (formerly known as Skip) on the opening line of his debut single “Cry To Me,” which was released five years ago on Tuff Gong International, the independent label founded by his grandfather and reggae icon Bob Marley. The soothing song is about creating a safe space for lovers to be vulnerable and express their feelings, instead of internalizing them.

“[It was] something I was dealing with personally,” Skip stated in a 2015 interview. “I knew a girl with a lot of insecurities, and I thought, just cry to me. I just wrote about what was going on in my life.”

The title of the song is not to be confused with Bob Marley and The Wailers’ 1976 track. Placed beside each other, the two songs, respectively, take on drastically distinct productions. At their core, however, both bring calmness to anyone who may be carrying emotional baggage.

For Skip, he was destined to have his message heard by the masses. “Cry To Me” ended up piquing the interest of execs at Island Records, after his mother Cedella (daughter of Bob Marley) emailed a link to his accompanying music video. He eventually had a meeting and subsequently inked a joint deal with Island through Tuff Gong.

On February 3, 2017, Skip Marley reintroduced himself with his empowering major-label debut single “Lions.” Marley’s intent behind the Max Martin-produced song was to remind everyone that we are stronger when we are unified.

Just a week later, pop star Katy Perry released her single “Chained to the Rhythm,” which featured Marley. His appearance on Perry’s protest track, disguised as a dance-pop tune, would soon create more opportunities for him in the mainstream music arena.

“She really helped me carry the message to a place. I’m really thankful for her,” Marley tells Rated R&B over the phone. “She even brought me to the Grammys, iHeartRadio Music Awards, The Brit Awards, and all of that.” The message of the song was definitely heard, especially on the charts. It debuted at No. 4 on the Billboard Hot 100, with over 100,000 equivalent units sold.

With all the commercial success Marley received with that one record, it wasn’t until 2019 when he reached another milestone — a personal one. He collaborated with his uncle Damian “Jr. Gong” Marley on his deceptive reggae-tinged song “That’s Not True,” which was always “a huge goal” for him.

“That is the top for me,” he affirms. “No other acts can past that for me.” Prior to that, Marley would often be on the road with his family while they were touring. In fact, he made a special appearance on Damian and his other uncle Stephen’s 2015 Catch A Fire Tour. “That was my first time performing live for people,” he recalls. “That was a huge thing for me.”

Last year proved to be another monumental moment for Marley with “Slow Down,” his duet with two-time Grammy-winning R&B phenomenon H.E.R. The feel-good jam, released in November, turned out to be another hit for Marley — this time as the lead artist. In May of this year, the song reached number one on Billboard’s Adult R&B Airplay chart and the Mediabase Urban AC chart, which was a first for a Jamaican-born artist in 15 years. It also garnered over 50 million global streams.

At a time when the music industry seems oversaturated with artists vying for consumers’ attention, Marley was able to stand out. He doesn’t take his success for granted, nor does he take all the credit. “H.E.R. was the icing on the cake,” he says. “She killed the track. Without her, the track wouldn’t be complete. For my music, if it impacts one person, that’s huge for me.”

Marley is showing no signs of slowing down. He recently released his debut EP, Higher Place, on August 28. The 22-minute project is Marley’s way of bringing positivity during a time of uncertainty from the current pandemic and civil uprising happening around the world.

Higher Place is packed with mantras that have been passed down to him. The opening title track fittingly contains an audio excerpt from the family’s patriarch Bob Marley’s 1979 interview, which helps set the vibe for the remainder of the project. “It’s something higher / I mean, it’s not wah we ah deal wid / The reality of what goin’ happen / Is something higher than man own personal / Likkle vexation and pride self / This is something weh no man cyaan’ stop because / All nation ah go gather and all nation ah go say yes and right,” says Bob Marley in the intro.

Though Higher Place is rooted in reggae, there are moments when it taps into the realm of R&B. Not only did he collaborate with H.E.R., but he also enlisted R&B sensation Ari Lennox on “Make Me Feel,” along with rap champion Rick Ross, which is a celebration of life. “It’s not the big fancy car, the big house, it’s not those things. The simple things,” he says on the inspiration behind the latest single. “Life is a gift. You must give thanks and be thankful no matter what’s going on.”

The second-to-last track on the album, “No Love,” features background vocals from the late R&B powerhouse Betty Wright, who was a longtime close friend to the Marley family. Wright was also a mentor to Skip, as she coached him on singing.

Marley’s relationship with R&B dates back to his upbringing in Miami. “I grew up on R&B music,” says Marley, who was born in Kingston, Jamaica. “I remember going to school and it was on the radio on Hot 105.” 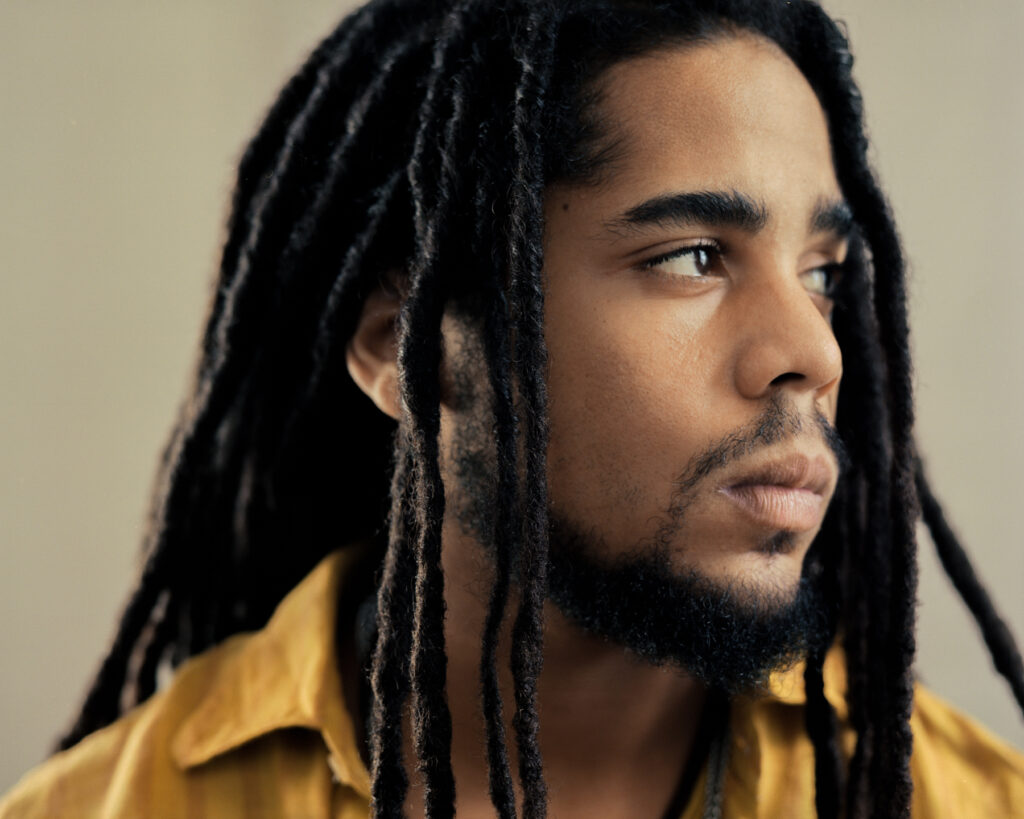 He reveals R&B music was also played in his household. “My father used to always play it. My grandfather was hugely influenced by R&B, as well.” When it came to crafting songs for his EP, Marley says it was “a natural fit” to incorporate elements of R&B in the music.

Higher Place isn’t just a collection of spirit-lifting songs, it’s also a call for listeners to elevate their consciousness and spread more love. “It’s the ultimate aspiration for mankind,” Marley explains when asked about what the EP represents to him. “The unification of mankind is a reality that is possible.”

If there’s one thing he wants people to take from Higher Place, he emphasizes, “There’s nowhere else to go, so we have to make here a better place for the future. Do it today. Why not start today? It don’t take nothing. It’s in you. Right now with the way things are going, we have to take it to a higher place because there are things out of man control.” 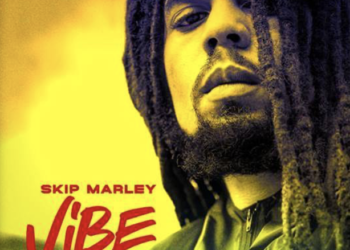 Skip Marley and Popcaan Catch a ‘Vibe’ on New Song

After taking fans to a Higher Place in 2020, Skip Marley ushers in a new era with his feel-good single "Vibe" featuring... 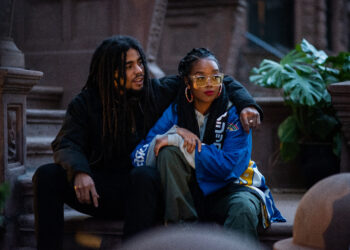 Skip Marley and H.E.R.’s ‘Slow Down’ Is Now Certified Gold