The first song from their forthcoming joint album arrives March 5. 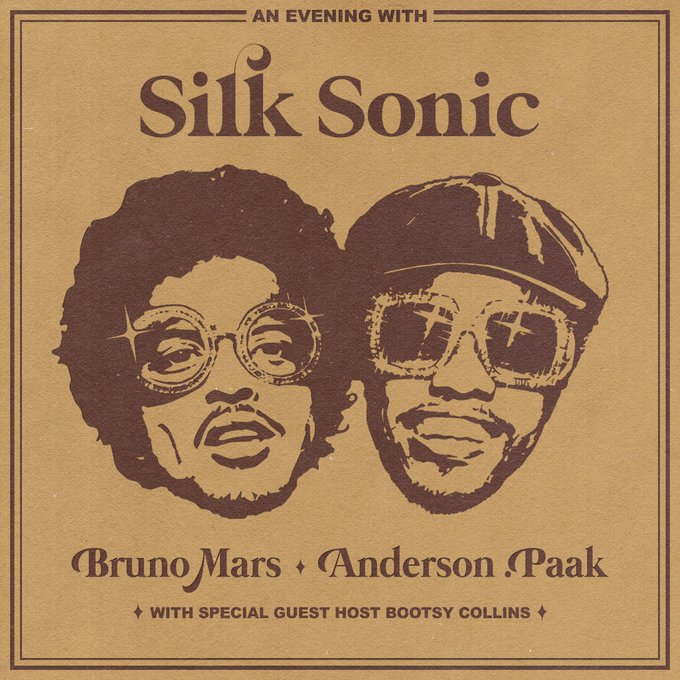 The two electrifying musicians will release a collaborative album titled An Evening with Silk Sonic. It will feature a guest appearance from funk legend Bootsy Collins.

“We locked in and made an album,” Mars tweeted on Thursday night.

A release date for the album hasn’t been announced at this time. However, Mars confirmed that the lead single will release on March 5.

Mars’ last studio album was 2016’s 24K Magic. The album won seven Grammys at the 2018 Grammys, including Album of the Year and Best R&B Album.

In between his 24K Magic release, he joined Cardi B on the one-off track “Please Me” and appeared on Ed Sheeran on No.6 Collaborations Project in 2019. Last year, Mars contributed songwriting and production to Charlie Wilson’s number-one single “Forever Valentine.”

✨We locked in and made an album. The band’s called Silk Sonic. First song drops next Friday 3/5.✨ pic.twitter.com/kzCQ3f7NRa