How D’Mile Is Building His Legacy: Interview

The Grammy and Oscar-winning producer is in it for the long run. 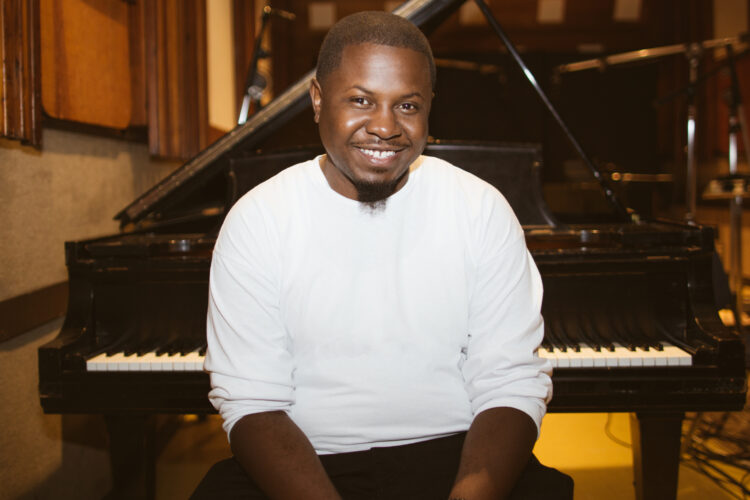 When Dernst “D’Mile” Emile, II landed his first major placement in 2005 on Rihanna’s debut album, Music Of The Sun, he had no idea about the successful path that would follow. Even his recent Oscar win (H.E.R.’s “Fight For You”) was far from his foresight in what his musical future held.

“I don’t think I expected anything that happened to happen,” he tells Rated R&B during a Zoom call. “The fact that it’s even happening at my age now, I’m 36. Not to discredit anything else, but the Oscars and all that this year. It’s just been crazy for me. I don’t know what’s happening, but I’m enjoying it.”

Hailing from the multicultural neighborhood of Flatbush in Brooklyn, N.Y., his settings were an ideal introduction to his extensive production palette. The diverse sounds of dancehall, soca, rap, and even kompa could be heard in the area he grew up in, one of the components that influenced his versatility.

Growing up in a Haitian household, forging a creative career track could be met with disdain, but for D’Mile, it was highly encouraged. His dad, a musician, producer, and arranger, and his mom, a touring and recording vocalist, established their careers, so working in music was essentially destined. In fact, he received classical training from his father at an early age.

These music lessons were an integral part of his musical development, as they allowed him to explore and cultivate his gifts. He recalls some early moments of doing some shows with his parents at six years old, being on stage and performing with the band and participating in any way imaginable.

“I have memories of being at studio sessions with them. I’d sleep behind the mixer board while they’re working, if it’s super late. If it’s during the day and I’m up, I’m always asking the engineer questions. I was just a curious kid. I loved the process of it all. Back then, there were no Pro Tools, so it was a tougher process. I loved every minute of it. I wanted to be a part of it. I just liked being in the room.”

The keen interest and enjoyment he received for the craft of composing drove his passion for becoming a producer. By 2007, he landed an apprenticeship, working under the illustrious Rodney “Darkchild” Jerkins. D’Mile was given tools to find various sounds and samples and how to approach production on more of a mainstream level. This led him to working on Janet Jackson’s tenth album, Discipline, becoming his first main chart victory. That win forayed him to follow and receive more pop placements (Justin Bieber, Jennifer Lopez), steering him away from producing R&B-centric music.

There became a point when D’Mile had questioned whether he wanted to continue this journey or not. Interestingly, during his career, two similar moments guided him to return to his roots of creating R&B music; his stint with the Darkchild camp and the opportunity to work with Lucky Daye. It was in those experiences he knew that R&B is something that he’ll always come back to.

“I keep getting called for R&B stuff. I’m a producer that wants to do all types [of music],” explains D’Mile. “I want to do alternative, pop, you name it. I want to try to do it or I’m going to do it. I can fight it [R&B] all I want, but it really is the core of who I am and what I’ve grown up loving. R&B just does something for me that’s a little different than other genres.”

When Daye approached D’Mile to work on a project together, unbeknownst to the both of them, they were nearing the end of their rope in regards to pursuing music.

Painted, Daye’s acclaimed 2019 debut album, was their make or break moment, where they allowed themselves to create for the sake of creating. Once they put the placement chasing to the side and got to the true essence of making music, it substantially skyrocketed D’Mile in becoming one of the in-demand producers today.

Since then, he has worn the title of executive producer quite proudly. In addition to Daye’s Painted, he oversaw Joyce Wrice’s debut album, Overgrown. He also is currently serving as EP on India Shawn’s upcoming debut album.

He reunited with another former Darkchild alum, Victoria Monét, to administer Jaguar, her well-received 2020 EP, which ranked in the top of Rated R&B’s Best R&B Albums of 2020. Most recently, he has been named co-producer for Silk Sonic’s highly anticipated album, An Evening with Silk Sonic.

By way of his work with Daye, Bruno Mars got ear of D’Mile’s phenomenal sounds and reached out to their mutual friend James Fauntleroy to connect them.

“That was a year and a half ago, before all this pandemic stuff happened and we’ve been working ever since,” says D’Mile. “The process is us every day just trying to perfect whatever we’re working on. Every day we challenge ourselves to see, okay, yeah, this was cool, but what could we have done to make it better? What can we do to make it better.”

Since the duo’s first single, “Leave The Door Open,” impacted the charts two months ago, the song rose to number one on the Billboard Hot 100 within a month, currently remaining in the top five. The duo also made history as the first male artists to reach the top spot on the Adult R&B Songs chart in four weeks.

The track’s stimulating spirit is a suitable reflection of their name. Electrifyingly smooth, “Leave The Door Open” has caught the attention of many, due to its nostalgic pull. The gravitational tug it has can be credited to the music that shaped Generation X, with perfect harmonies, sharp song structure and romantically fortifying wordplay.

“We were playing around with different things and we kind of just gravitated to that sound. The ‘70s again, which is something that he wanted to do. It wasn’t necessarily me saying, ‘We should go here’ or anything like that. I don’t really like listening to anything else for inspiration. I think it kind of just happened, especially when [Anderson .Paak] came along and got involved; it just turned into what it became. I think just the vibe of us in the room, it was just screaming what the end result became to be.”

Even though D’Mile “can’t share a damn thing” about the album just yet, he assured us that the team is currently working on finishing things up for the album.

D’Mile’s hefty career continues to grow tremendously, with this year being the most significant so far. He’s a true personification of what persistence looks like. Each win and accolade has set him up for current accomplishments and the countless ones to come. His ultimate goal?

“To keep going. I always say I’m still going, but I want to expand. I want to see how far I can go with this and have my own artists and my own team. Help somebody build their careers. Do it for as long as I can. If I can do it as long as Quincy Jones has done it and still be relevant and still considered with the times, that’s what I wanna do.” 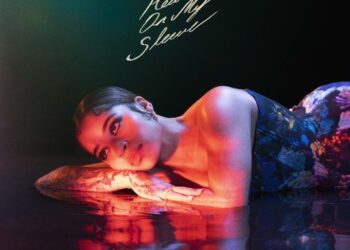 Ella Mai has revealed the tracklist for her sophomore album, Heart on My Sleeve.  The 15-track LP will include features from... 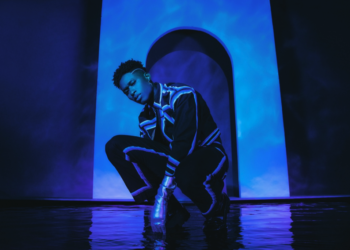 Things have got off to an amazing start for Lucky Daye and his sophomore album, Candydrip.  The New Orleans, Louisiana, native’s...