It appears on Savage's new EP, "Water & Garri," which is out now. 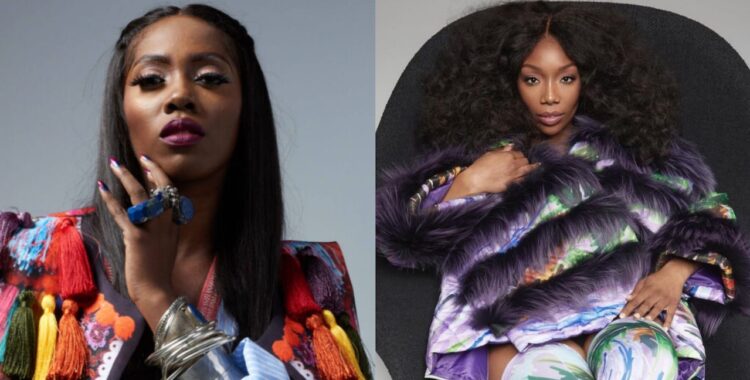 Brandy has been more than generous with new music, especially when collaborating with other artists. Following her recent duet with Gallant (“Dynamite”), the Vocal Bible teams with Nigerian singer-songwriter Tiwa Savage for “Somebody’s Son.” It appears on Savage’s newly released Water & Garri.

In the Segun Michael Ajayi-produced track, Savage and Brandy, amid run-ins with heartbreak, remain optimistic that the perfect man will find them and treat them like deserving queens.

For Savage, it’s a fulfilled fantasy to have Brandy featured on the new project, saying in a recent Apple Music interview that she’s “the reason why I started singing, literally.”

She continued, “As a kid, just listening to ‘I [Wanna] To Be Down,’ every interview I’ve ever had, she’s my favorite, my all-time, my mentor, my everything. And I’ve been trying to work with her for years. It was a dream of mine. And when it happened this time, it’s not even just music, we connected like sisters. She’s someone that I speak to literally every other day. It’s beyond my expectation.”

As previously mentioned, Brandy has been all-in on collaborations recently. She joined Gallant on his Neptune project, partnered with Camper for “Sleep,” and revamped b7’s gem “No Tomorrow” with Ty Dolla $ign.

She’s also gearing up for the ABC series premiere of Queens. The hip-hop drama airs on October 19 at 10 p.m. EST.