The Grammy-nominated singer opens up about creating his new project, which features appearances from Brandy, VanJess and Arin Ray. 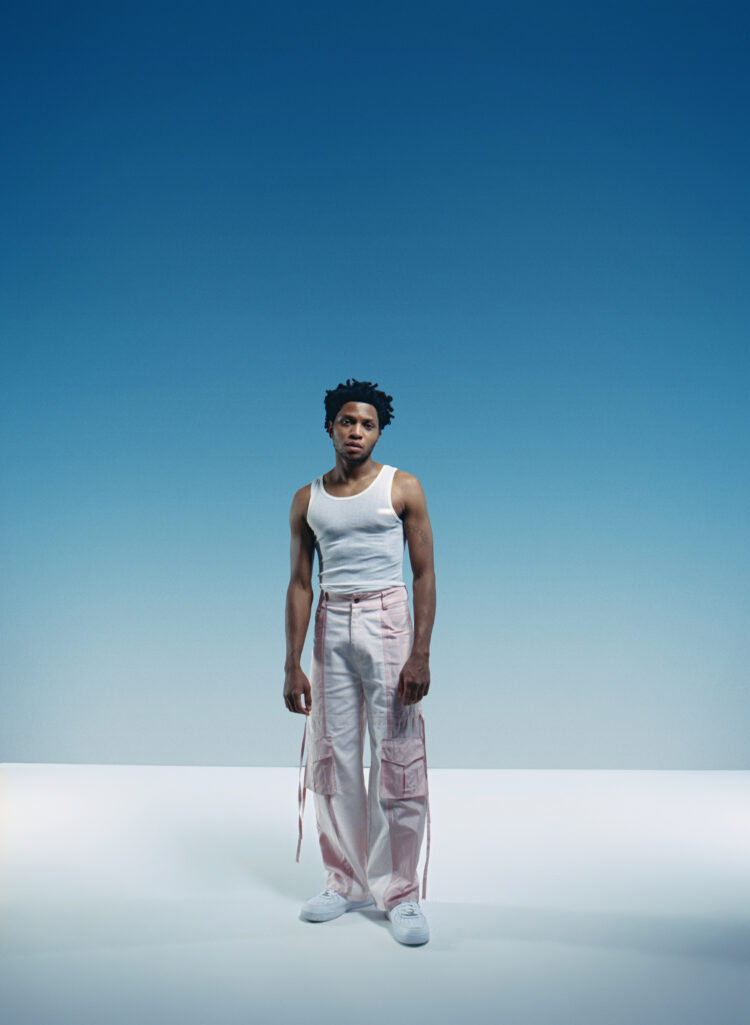 Gallant is among the new generation of artists who stand out in the R&B world. R&B traditionalists can appreciate his stellar vocal range. Depending on the octave he’s singing in, he’s often compared to icons like Usher and Maxwell. Even though Gallant’s enchanting voice has attracted fans from all parts of the world, there was a time when he wasn’t confident about his gift.

It’s a Thursday afternoon in early March. Gallant is sitting comfortably in his minimalist living room on a Zoom call. The area feels fresh and inviting. The olive green wall accentuates the white sectional by the window and the lush plants that are placed around the space. The Columbia, Maryland native is wearing a powder blue tie-dye cloud hoodie with the word “Neptune” running across his chest. It’s a garment that is part of his merch line for his new EP of the same name, which is out now.

Not only is he celebrating his latest project, but also honoring women in R&B who have influenced him in light of Women’s History Month. He lists Toni Braxton and Brandy as the two artists that inspired him to embrace his dynamic voice.

“When I heard Toni Braxton for the first time, I didn’t know what I was listening to. I knew it sounded like a voice that existed in a different dimension,” Gallant shares with Rated R&B. “At the time, I was really insecure about my voice. She had this low, deep tone. It just seemed like she was cool with whatever and she was down to just be her.”

“Brandy was the same way. I feel like nobody was sounding like Brandy, especially on the first two albums. It’s like a raspy kind of tone, but then it’s fragile yet strong at the same time. It’s a bunch of series of paradoxical qualities that she somehow put together.”

He admits it took a while to get comfortable with his voice, especially when he had naysayers early on. “I just got used to people saying — whenever I would try to sing — they would kind of just be like, ‘Oh, you know, it’s not that good.'”

He didn’t allow the criticism to get the very best of him, though. “I got used to the idea of not really worrying about my weaknesses and just focusing on making music that I like listening to and writing lyrics that were special to me,” he says.” “It probably wasn’t until my first album came out, and I started doing some tours and just playing around with things when I was vocally getting more comfortable.”

i make music for introverts

Even though Gallant battled his insecurities about his voice, he’s always felt more confident about his songwriting. As an introverted person, writing has been the preferred method of expressing himself in his truest form.

“It feels like there’s something in me that I want to say that I’m just not able to say in everyday life. And the way to get that out in a therapeutic way is writing these organized pages of lyrics that I can like read off separate from the music,” he shares.

Like many others, Gallant experienced some hardships in 2020. Due to the pandemic, he was forced to cancel the rest of his headlining Sweet Insomnia Tour. “It kinda affected me in a weird way because I had to cancel another tour in 2018 that bummed me out,” he expresses.

The tour wasn’t the only thing that ended for him. He also parted ways with his label Warner Records and his management team. While signed to Warner, he released two albums: his debut LP Ology, which was nominated Best Urban Contemporary Album at the 59th annual Grammy Awards, and his sophomore effort Sweet Insomnia.

After departing his label and team, he wanted to distract himself by getting “back into the work mode of crafting.” In December 2019, he started to work on “Relapse,” the ending track on Neptune, after he began to “sense things weren’t working out” between him and his former label. It was two months after he dropped Sweet Insomnia.

“I just wanted to make something that could transport me back to the way things used to be,” he explained in a recent press release.

On Neptune, Gallant invites his listeners to his introspective world where he spends a lot of time soul-searching. Lyrically, the project contains themes of isolation and loneliness that are also present on Ology. Though, he makes it clear that Neptune isn’t a sequel.

“When I put the lyrics side by side, I feel like I’m operating in a later version of the same kind of aimlessness,” he explains. “It puts me back in that headspace of looking at my faults [and] looking at where I can improve.”

For nearly 30 minutes, Gallant allows access to his innermost thoughts as he examines his character defects. While working on Neptune, he admits that the project started to get too dark for him, so he opted to find balance. 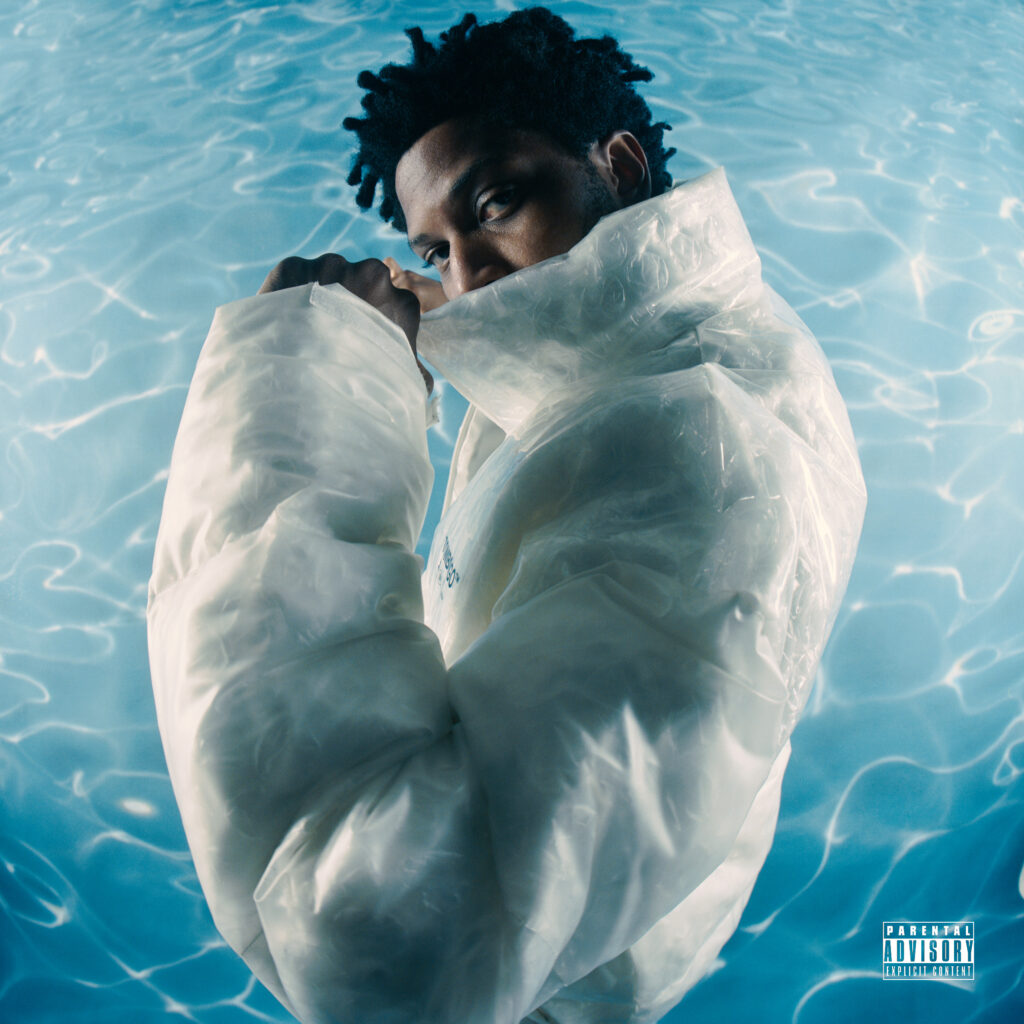 “I felt like the project was getting really serious, lyrically and I wanted to kind of lighten it up a little bit,” he reveals.

“I wanted it to be like something that made me reflect, but something that like made me feel good too,” he explains. “I called VanJess, and we wrote something perfect for the second-to-last song, a reconciliation type of vibe. I called my buddy Arin Ray. I had him add some light that I thought was a blend between the mid-2000s sound, and then lyrically, kind of diving into the human experience that I felt like it was a little too heavy. I thought he could do that better than anybody else.”

“I didn’t want to dwell on something that was that heavy all the time. I wanted [the EP] to feel like it has some dimension to it. I also wanted to challenge myself to collaborate more, especially since everybody was making stuff that played off the theme of isolation in 2020. I was kind of there a little bit too, but I didn’t want it to be that kind of project.”

With Neptune being such a delicate and vulnerable project, it was important for Gallant to invite artists he revered into his zone.

“I don’t think I’ve ever really worked with just three R&B singers that I love,” he states. “This project felt like the right one to get VanJess and Arin Ray.” Brandy’s participation was certainly a full-circle moment, considering how much she influenced him early on.

He adds, “The Brandy collaboration is like the craziest thing to me — the fact that she was down to do that.”

Like his past works, Neptune is an intentional project. As a creative, Gallant makes sure he takes his time curating music to ensure that he offers a quality product to his supporters. So, it’s no surprise that the project went under several revisions until he got it right.

“I feel like if I’m going to speak to an audience, I want to make sure that the kind of music that I’m making is honest and the lyrics feel like they came from pages in a journal.”

He isn’t willing to compromise the authenticity of his music to reach a wider audience, either. “I want my music to be heard by as many people as possible, but I’m not willing to sacrifice my mission statement for starting music in the first place in order to achieve that goal.”

He concludes, “I don’t ever want to purposely limit what I can do. But, it’s going to be up to the audience to decide where to take me — and I’m cool with wherever they want to take me.”

Stream Neptune by Gallant below. 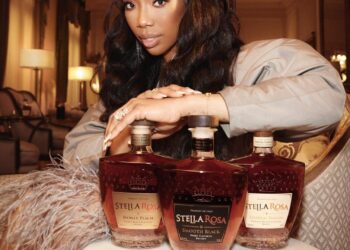