by Jakori Beauchamp
in Features, Lists 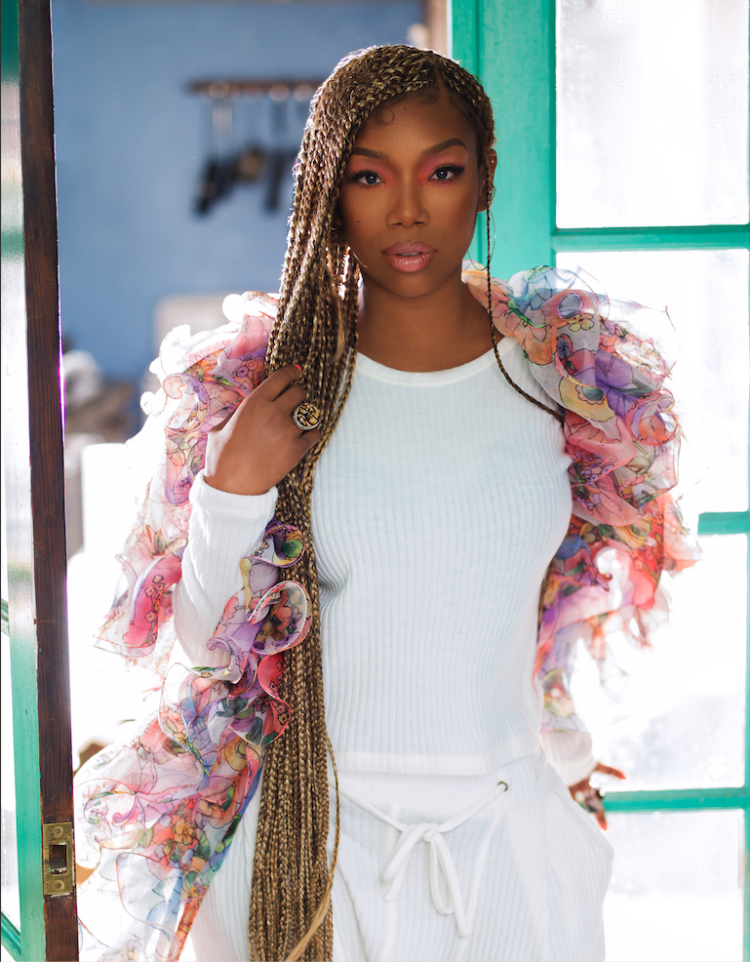 Few artists have maintained more creative momentum and unabated influence in music as a whole than Brandy.

During her nearly 30-year career, the Grammy winner repeatedly proved why wearing the title of the vocal bible has nothing to do with vanity and everything to do with her natural gift and an ability to impact others in a profound way.

Her uncompromisingly captivating voice is assorted in distinctive vocal stylings, with identifiable riffs and mystic harmonies that have been replicated by many artists such as JoJo, Kelly Rowland, and Dawn Richard, to name a few.

So far, Brandy has released seven albums, earning her first stripes of respect with her 1994 self-titled debut album, which achieved multi-platinum status just under two after its release.

It goes without saying that 2002’s Full Moon marked a stark turn in her evolution as an artist, investigating more experimental and forward-thinking production, stacking and styling vocals and placements different from her peers.

Fast forward to 2020, after an almost eight-year hiatus, she put out b7, or what she described to Rated R&B earlier this year as her “most honest” album.

Of course, the chart data for Brandy’s enduring hits, like “I Wanna Be Down,” “Have You Ever?” and most notably “The Boy Is Mine” with Monica, are impressive in themselves, as well as the love for her signature songs.

Still, great hidden gems can be easy to miss with such a broad catalog of work. Therefore, in the spirit of recognizing greatness, let’s look at 15 underrated songs by Brandy.

It’s tough to decide on the best use of a sample in Brandy’s catalog, but “I Tried,” which strips its alternative-influenced backing from British heavy metal invaders Iron Maiden and their 1998 earworm “The Clansman,” takes the cake. Brandy pervades intense regret in the downhearted composition after ignoring the obvious clues of his adulterous behavior.

Brightening the spotlight on what being a living soul really is, this delicate, introspective title song finds Brandy turning her recognition of flaws in a moment to connect with someone else through compassion and grace. Though acknowledging her imperfections, over a production shuffled between snaps, guitar, and live percussion, it’s a shame that this joyful sigh of relief got mixed up in one of her least-discussed eras.

Brandy’s sophomore set has no other love song that stirs up the kind of romantic joy quite like this slow-burning convincer. An absolute ace, co-produced by Brandy, alongside future collaborators of the Darkchild camp, she wants her love interest to warmly embrace the fact she has the winning qualities to make their relationship everlasting. She sings, “I’ll walk with you through the desert heat / I’ll climb a mountain’s highest peak.” A sweetly touching performance.

Revisiting an effortless music undertaking, “Without You,” is one more example of why Brandy is a straight-up vocal scholar. There’s no such thing as oversinging or too many runs here, as her recognizable vocals are steeped in words of full accountability for allowing past hurt to meddle with her current romantic life, overflowing with dissatisfaction for her doings. With everything happening production-wise on this cut, like the hi-hats, harrowing piano, and thumping beat, it makes you forget that Brandy left us wanting more after the song’s abrupt end.

The lead song from Brandy’s self-titled debut album has aged well in so many different ways, down to the fact she’s still not your average pop-soul act, even for a then-burgeoning singer. The intelligent lyrics are told from the viewpoint of a 15-year-old Brandy, who securely knew her place under the sun didn’t revolve around the opinions of people trying to change her into someone she’s not. Talk about a full circle.

Picture Brandy singing this eloquent piano ballad at the 45th Grammys in 2003 and receiving applause from her peers that still could be heard to this day. She is in complete control of the dramatic production at hand, finding herself picking up the many pieces of her shattered heart after her man has decided to walk away. Building from the dynamic climax of the song, Brandy demonstrates her vocal prowess through the phenomenal ad-libs.

It’s remarkable when an artist of Brandy’s caliber can stay away for more than eight years, reintroduce themselves more honestly than ever before, and be well-received. That’s what happened with b7, which featured this strongest use of piano in a performance that finds an exasperated Brandy carrying an impressively intricate tune to replicate. A good deal of what unfolds here is refreshed authority to say farewell to a destructive partner that almost led to her undoing. Indeed one of her most candid moments musically.

Brandy has a way of just making us fall head over heels for her vocal mastery. This Organized Noize-produced track owns the overlooked gem title from Afrodisiac. Professing in a convincing tone that the affection spewing out of her interest is like water, essential to her wellbeing, she demonstrates here not only how excellent her vocal production skills are but also just how far her music competence has grown up until that point.

When Brandy returned in 2016 with this one-off bluesier, she showed the world that her voice could exist in any musical setting, past or present. In under three minutes, Brandy sends shivers down the spine like a full-throttle powerhouse, desperately running behind a fed-up lover after getting beside herself. There’s no actual need for much elaboration for how Brandy turned on the gospel-rooted wails for this nostalgically soulful tune. However, her debut performance of “Beggin & Pleadin” at Black Girls Rock spoke volumes.

Brandy rarely has a problem expressing exactly how she feels about her person of interest. A Never Say Never deep cut, “Truthfully,” is a serene slow-jam where Brandy serenades by way of promising to soothe the broken heart of the boy she likes if he lets her. The production alone is captivating, featuring gaping vocals and harmonies that build up to a dramatic climax before returning just as calm as it began.

For whatever reason, A Family Business, a compilation project that strengthened the brother-sister bond between Brandy and Ray J, did not garner the ears it demanded. Along with that comes not fully appreciating this criminally underrated cut. A tale of standing beside a loved one through thick and thin, Brandy blocks out any noise of outsiders who don’t care to see this romance thrive.

Considered Brandy’s hallmark album by fans, Full Moon gets serious props for labeling Brandy as a resource for vocal techniques. Selecting an underappreciated song from this LP can be tricky because it seems each receives the praise they rightfully deserve. But “I Thought,” supplicating an upbeat electro approach that has her vexingly voicing her intense feelings of anguish, comes out of hiding.

If you ask someone to give Human, the fifth album from Brandy’s storied catalog, a fair assessment, it might still be an impossible task. However, one of the bright spots on the work is the cleverly titled, Soundz-helmed track, which acts as play on words for the frustrating emptiness Brandy woefully can’t comprehend why it exists. It’s easily one of her finest vocal hours.

It’s brave to say that this critically, underrated Frank Ocean-penned classic marks another creative breakthrough in Brandy’s career. He gives her a grand stage to add even more dimension to her already lovely voice as she points out being terrified of her greatness against a pleasant-sounding instrumentation. Brandy’s self-doubt can feel easily justified throughout the placement of consonant harmonies. But knowing that she was in her bag, this entire album should eliminate any concerns with self-value.

As an innovator of music, Brandy knows the assignment is to show up differently and unexpectedly at all times, and “Say Something” is evidence of this. Obviously, a well-produced sleeper hit stirred in electrifying horns and bass, co-guided by Brandy, she takes a passionate stab at clamoring for the utterance of an unresponsive and emotionless partner about their failing relationship.

Read our exclusive interview with Brandy, where she talks about her upcoming collaboration with Mariah Carey and gives an update on her plans for new music. 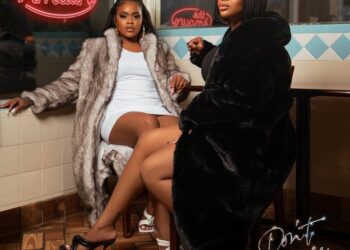 R&B duo The Amours (Jakiya Ayanna and Shaina Aisha) have returned with their new single "Don't Deserve" via Hardcover.  The...