by Antwane Folk
in Lists, Videos 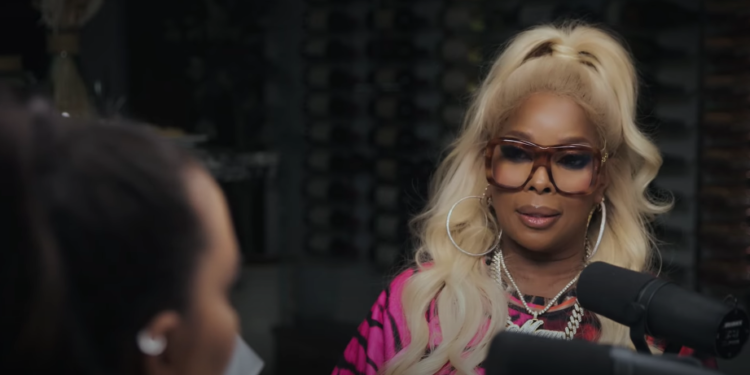 Mary J. Blige is happy. Seriously, the Queen of Hip-Hop Soul is in a good headspace and makes it known on Angie Martinez‘s newly-minted podcast, In Real Life. In the episode titled “We’re All Gonna Die,” Blige spoke candidly about a series of topics, some of which are remarks we have yet to hear from her in any interview.

Before we dive into takeaways from the interview, here’s a brief rundown on what’s going on with Blige. She recently performed at an exclusive Apple Music concert in honor of the 30th anniversary of her trailblazing debut album What’s the 411?

Just days before that, “Here With Me,” featuring Anderson .Paak, extended her reign as the only artist to have 25 top ten singles on Billboard’s Adult R&B Airplay chart. She’s also set to headline a tour supporting her 14th album, Good Morning Gorgeous.

Now back to regular programming, check out these five things we learned about forever icon in her chat with Martinez.

1. Keep some things to yourself.

For years, Blige has been honest and vulnerable through her music and in other interviews, sharing the joys and pains of life. Still, she recognizes limits to transparency, holding close to the parts of her life that are too precious for the world to have at its fingertips. “Things I don’t want people to know, trust me, they will never know,” she told Martinez. “I don’t care what they think they know, but they’ll never know the shit I don’t want them to know.”

Blige has never been against therapy, but it’s something she hadn’t considered doing in the past to achieve peace in her life. She explained in several interviews that she did the hard work with just herself and God. Now, Blige revealed she’s going to therapy, and it happens to be a woman advising her: “I started a month ago, and I’m like, ‘When I’m talking to her again?'”

3. Getting life insurance is a part of adulting.

As the title suggests, Blige was asked about her thoughts about death. She talked openly about preparing and planning for the final years of life. One of the things she mentioned was securing a life insurance policy and answering serious questions about burial and donating organs. But what she said about how the process made her feel afterward was something we all could hear. “I think it’s empowering. It makes you strong.”

Searching for a real love wasn’t just lyrics to Blige; it was something that had control over her life at one point. After this revelation, Martinez wanted to know if she was seeking to stay successful and relevant as an artist at any time. Blige expressed that she didn’t think about what she had in the bank until she got married and seemingly was in a financial rut. But other than that, Blige wasn’t concerned with fame.

5. She has plans to release more new music.

Blige may have just released a new album this February, but she isn’t staying out of the studio. When talking about the fear of growing older, particularly in the music industry, she spoke to the fact that she isn’t one of those artists worried about radio politics once reaching a mature age. In doing so, she hinted at the title of a future song, “Pain of Change,” which she said is forthcoming. 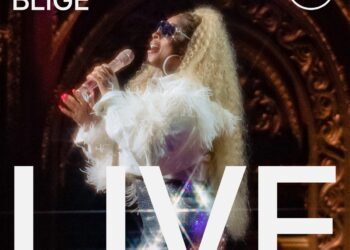 Fresh on the heels of her exclusive Apple Music Live concert, Mary J. Blige has released a live album comprised...