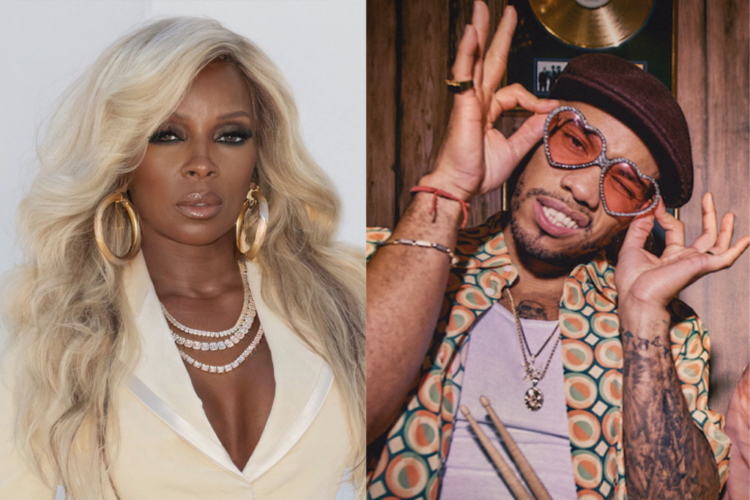 Mary J. Blige extends her record as the artist with the most top ten singles on Billboard’s Adult R&B Airplay chart, as “Here With Me” featuring Anderson .Paak reaches No. 9 in its 11th week. It’s Blige’s 25th top ten single overall.

The Bongo ByTheWay-produced duet is the second single from Blige’s latest album Good Morning Gorgeous, following its title track, which topped this list earlier this year.

“Here With Me” is the seventh top ten single for .Paak, who claimed four as Silk Sonic, including the duo’s most recent chart-topper “Love’s Train.” He netted two others for his collaborations with Smokey Robinson (“Make It Better“) and Kendrick Lamar (“Tints“).

Blige, who won her sixth BET Award in June, partnered with Apple Music for a one-night-only concert to celebrate the 30th anniversary of her groundbreaking debut album What’s the 411?.

She’ll also perform songs from her new album, including “Come See About Me” and “Love Without the Heartbreak,” which .Paak contributed to behind the boards. The pre-recorded taping debuts exclusively on Apple Music on July 27 at 7 p.m. PT.

Blige recently shared a music video for her Fabolous-assisted remix of “Come See About Me,” featured on the deluxe version of Good Morning Gorgeous.

Besides Fab, the expanded edition, released in May, included guest appearances from Ne-Yo, H.E.R., Remy Ma, Moneybagg Yo, Jadakiss and Griselda, plus its previous co-stars, Usher, Fivio Foreign, Dave East and DJ Khaled.

This past spring, Blige spent most of her time accepting accolades, three of which were presented in May. First, she took home the Icon Award at the 2022 Billboard Music Awards.

Then, a few days later, she accepted the Legend Award at the 2022 Clio Awards before being honored as one of TIME’s 100 most influential artists of 2022. She performed at the ceremony for the latter accomplishment.

As for .Paak, he’s been sweeping award shows with Bruno Mars as Silk Sonic. Their 2021 album An Evening With Silk Sonic won Album of the Year at the BET Awards.

Silk Sonic carried home four trophies from the 2022 Grammy Awards two months prior. Two of their four wins were in the big four categories, Song of the Year and Record of the Year for “Leave The Door Open.”