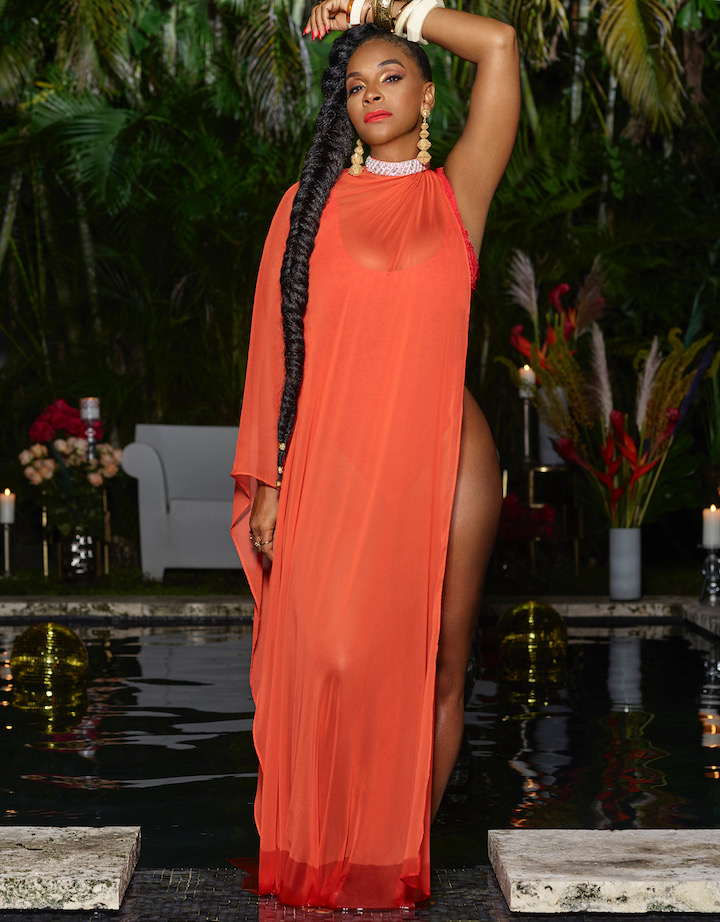 Teedra Moses is returning to the road this winter. The R&B veteran has shows lined up for the first half of next year, starting Feb 23, 2023, at the legendary S.O.B’s in New York City.

From there, Moses will wind through major cities such as Philadelphia, Washington, D.C. and Atlanta before capping the concerts on March 26, 2023, at Chop Shop in Chicago, Illinois.

More shows will be announced, according to Moses. Tickets are available now.

Moses has yet to release an official album since 2015’s Cognac and Conversation. Instead, she responded with a mixtape titled Clair Voyant, which coincided on occasion with a December birthday in 2015.

In fall 2019, she reissued her debut album Complex Simplicity to honor its 15 anniversary. The original LP was released Aug. 10, 2004, via TVT Records.

Since then, Moses has stayed relatively active, collaborating with a host of artists.

She contributed to Kaytranada’s Grammy-winning 2019 album Bubba on the song “Culture,” as well as Eric Bellinger’s Grammy-nominated effort New Light (“Girls Like You“) and The Colleagues’ Love Lust Vulnerability (“’90s Kinda Love“).

Collaborations aside, Moses kept sight of solo music. Her most recent single, “Make Me,” arrived in May 2021.

She shared a music video directed by Maxx & Madison before releasing an official remix featuring Bellinger and Curren$y earlier this year.