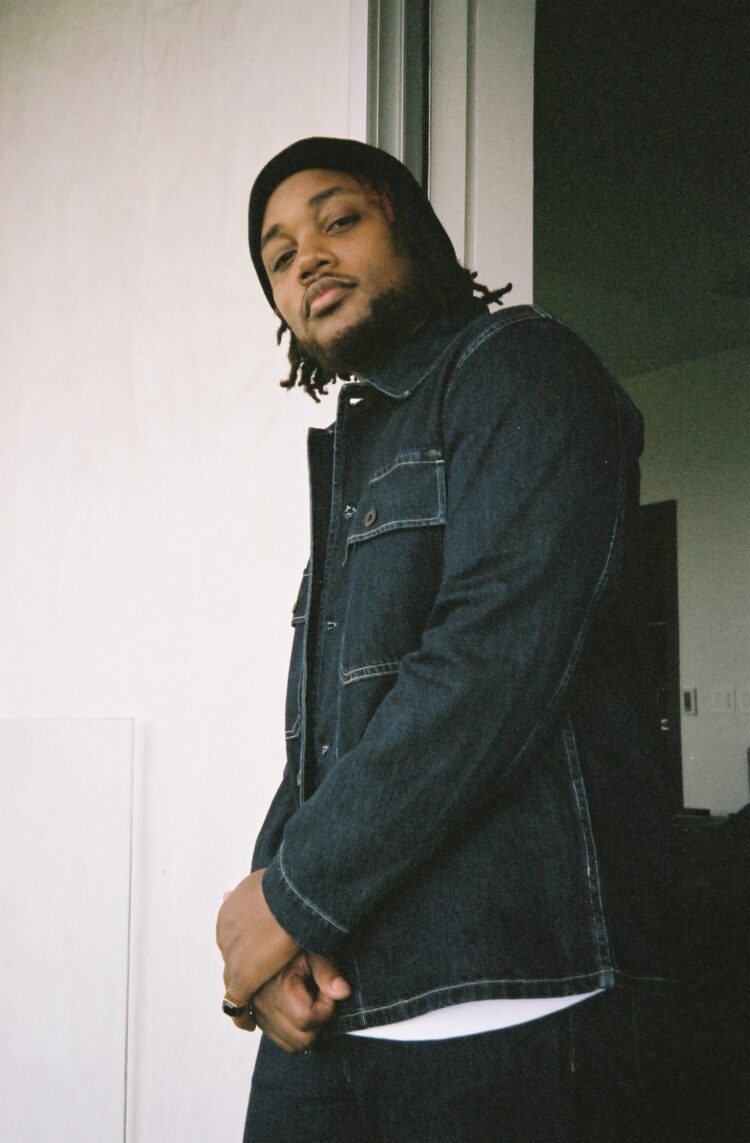 It’s a sunny morning in December, and Leon Thomas is feeling good. He’s rocking a white Kith Miami shirt and decorated with two diamond-studded chains. “I’m feeling super blessed these days,” he gleefully says with a smile. His cheerful mood comes from a place of gratitude, as he’s gearing up to share new music with his growing fan base.

“I think the word of this morning for me is ‘gratitude.’ I am grateful for every single human being who takes the time to press play on Spotify, Apple Music, etc. You’re loved and appreciated,” Thomas says. “I’m really gaining some awesome momentum for the music I’ve been making for the past couple of years, and I’m excited for people to hear everything I’ve been cooking up.”

Thomas’ blissful energy is the complete opposite of the tone in his new single “Breaking Point,” produced by Don Mills. The downhearted ballad sees him standing at the crossroads of a relationship that isn’t working anymore.

Over a melancholy piano that’s punctuated by a bluesy bass line, Thomas croons about his reluctance to end things (“I don’t wanna go nowhere”), but knows he has no other choice at this point (“this is what I’m supposed to do”).

Thomas says the song was inspired by his own experience in a relationship. “I recently went through a breakup and felt like I needed a song that spoke to some of the emotions and the feelings that I was going through,” he explains.

“We kind of put something together that was reminiscent of D’Angelo and some of the early 2000s neo-soul that I respect and love. There’s so many different aspects of this song lyrically that kind of play into the ‘why’ behind the production style that I used for it. I needed people to really feel what my heart was going through in this tug-of-war moment.”

“Breaking Point” is the third single from Thomas’ upcoming debut album, Electric Dusk, due in 2023 on Ty Dolla $ ign’s EZMY Records and Motown Records. It’s the follow-up to his Benny the Butcher-assisted “X-Rated” and “Love Jones” featuring Ty Dolla $ign.

In our 2018 interview, you mentioned that you were open to signing to a major label, and here you are, four years later, with EZMNY Records/Motown Records. What was it that sparked your interest?

I think record deals are an interesting process because you need executives and partners who understand the music you’re trying to create and can help put the building blocks together, so [it’s] reflective of the creative journey you’re trying to create. Ty has been able to create his own world. I was blessed to be like a songwriting tool with him on certain records and be around him on a production level for the past couple of years.

When I started playing him some of the songs I was doing, he was very supportive and spoke highly of everything that I was doing. I felt like having an executive and an artist involved in my next run was going to be a very important process. I read this book called The Mastery. It talks about apprenticeship and being around people who have accomplished the things that you want to do in life. Seeing what he’s been able to accomplish, I love to take his advice. It’s not just coming from some suit, it’s coming from somebody cool as hell who gets it.

Sonically, “Breaking Point” is very different from your previous two songs. What inspired the production style?

That’s one of the newer songs that I put on the album. I feel like a lot of the dirty breakbeat drums and some of the vibes that I had on the other records didn’t necessarily cater to the exact emotion I was feeling at that time. We kind of put something together that was more reminiscent of D’Angelo and some of the early 2000s neo-soul that I respect and love. There’s so many different aspects of this song lyrically that kind of play into the why behind the production style that I used for it. I needed people to really feel what my heart was going through in this tug-of-war moment.

“Breaking Point” is part of a Beats By Dre commercial spot starring LeBron James. How does it feel to have such a vulnerable record highlighted in this manner?

First of all, LeBron James —the guy’s phenomenal, like a full-blown legend. I’ve been following his work for years and actually spent time with him and his sons back in the day working with Nickelodeon. He’s just such a nice guy. I feel blessed to have that song attached to a commercial, especially with the great company Beats By Dre. Apple is next level. It’s a real blessing for me. I’m super excited to be a part of it all. We changed a couple of the lyrics to fit more of the vibe of the commercial for that particular spot.

You mentioned building a world with your music earlier. What sort of world are you creating with Electric Dusk?

I’ve been producing and writing records for some of my favorite artists [and] some of the biggest artists in the world. I think one of my stamps right now, musically, is my ability to engineer myself and pitch my voice up and get real experimental with elements of alternative R&B. I wanted to dive into that landscape in a more experimental way — a little more fearless — and attack the marketplace with something that I can really call my own. This album I was playing instruments on [most] of the album — bass, guitar and drums. I’m arranging all of my string parts. I mixed this album myself. This is a true full embodiment of the inside of my brain. When you listen to it, you’re going to hear all the different influences that I’ve had from generation to generation and see exactly where my head is at when it comes to R&B and what I like to talk about and how I’d like to say it. It was important for me to do something that was just authentically myself.

You joined forces with Babyface to work on “Snooze” from SZA’s new album SOS. What was that experience like for you?

Man, that was tight. I came up being at his studio every single day. For two or three years, I went off and kind of graduated from the “Babyface School of R&B” and went out there and started doing all these rap records — I was working with Drake. So when I came back, I played my album and [Babyface] gave me his notes and perspectives on certain things. He was saying, “Yo, I’m doing this collaboration album with a bunch of the R&B divas of our generation. We’re going to have SZA coming through.” I was like, “Sign me up, I’ll be here tomorrow sir!”

So I pulled up. Me and my production partner Khris [Riddick-Tynes] were super nervous. SZA popped through, and she was so nice. I had met her before, but this was a great reintroduction to her new world of music. I’m glad that I was able to collaborate with such strong creators. We also worked with this kid name BLK out of Scotland. He sent some parts in. The whole thing came together really fast. She wrote [“Snooze”] in an hour. We weren’t sure if she was going to use it, so it’s a super blessing. 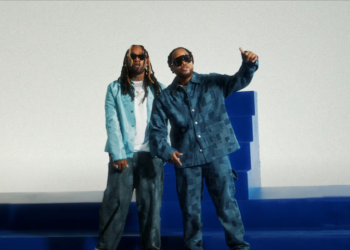