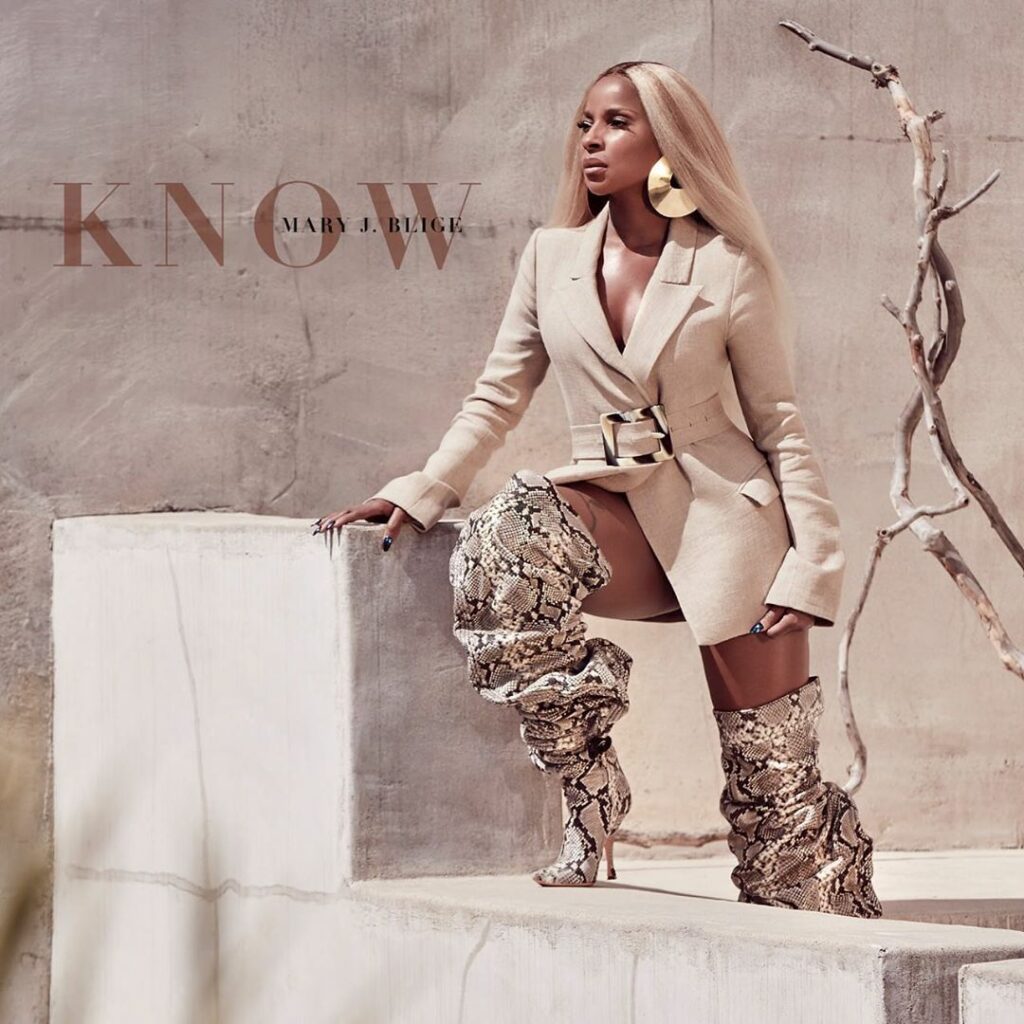 Mary J. Blige is not taking her foot off our necks. As she continues to thrive on The Royalty Tour with Nas, the Queen of Hip-Hop Soul comes out with a new single titled “Know,” produced by Oscar-nominated hit-maker Sounwave.

The inspiration behind the heart-rending anthem is Blige’s personal pain from years ago to now. Even though she has an uplifted spirit and sees herself as a true queen today, the legendary singer makes it clear she had to lose a great deal to win again.

“Know” makes it to the earbuds of MJB fans everywhere nearly three months after proclaiming she was “Thriving” on her DJ Camper-helmed banger. The introspective record is likely to land on one of three mysterious albums Blige is set to unleash into the atmosphere this year. We shared a list of details about the three projects along with some predictions earlier this summer.

Besides blazing her fans with new music, Blige has been making headlines with all the bags she’s been securing. She recently landed a top secret role in 50 Cent’s Power spin-off. The latter news came shortly after she banked her third MAC Cosmetics deal and an exclusive first-look television deal with Lionsgate.

To cap it all, Blige has still three films in the works, including Body Cam, The Violent Heart, and Dreamworks’ Trolls World Tour.

As we wait for special bulletins from Blige, stream her new single “Know” below.

Mary J. Blige has once again collaborated with Harlem rapper Dave East. However, this time it’s for her own single titled...