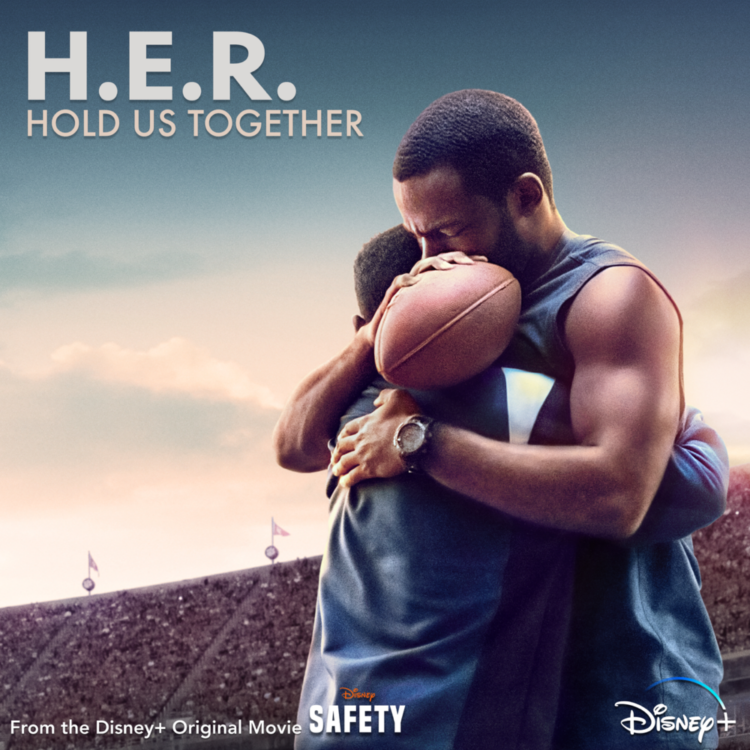 When it comes to new music, H.E.R. is taking her foot off the gas. The R&B virtuoso has shared the new song, “Hold Us Together,” which appears on the soundtrack to the Disney+ original film, Safety.

In the uplifting spiritual, held together by a dramatically acoustic production, H.E.R. gloriously highlights the adhesive value of a remarkable figure in her life.

Safety, written by Nick Santora and directed by Reginald Hudlin, is based on a former Clemson University football player Ray McElrathbey, who reared his young brother Fahmarr while taking on a rigorous course load and playing on the field.

This year, H.E.R. has released several new original tracks, including “Sometimes,” “Comfortable,” “Wrong Places,” “I Can’t Breathe,” “Do To Me,” “Damage,” and most recently, “Hold On.”

H.E.R., up for three 2021 Grammys, also reached in her holiday bag and shared a warm rendition of “Christmas Time is Here.”

On urban radio, H.E.R. is crossing her legs at the peak for her contribution to Jhené Aiko’s hit single “B.S.” Also this year, the multi-platinum selling artist also tallied two number one singles on the Billboard Adult R&B Songs chart: Skip Marley’s “Slow Down” and Lonr.’s “Make the Most.”

Listen to “Hold Us Together” by H.E.R. below.